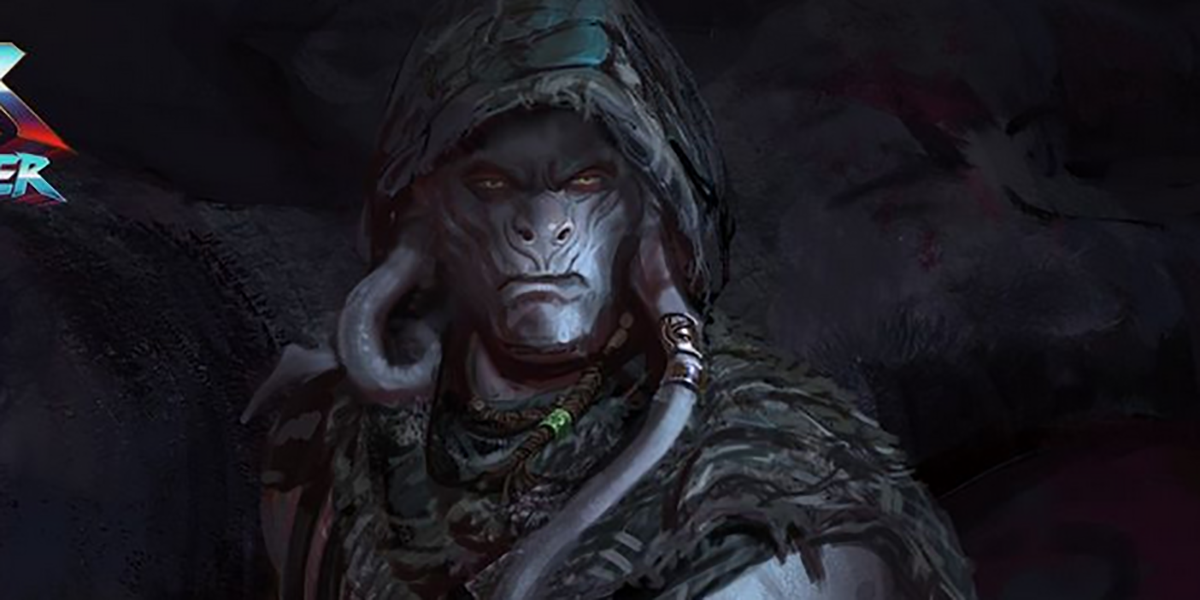 Concept art of Gorr the God Butcher (Christian Bale) in Thor: Love and Thunder shows off an early concept for the villain in the Marvel Cinematic Universe film.

On Instagram, Jackson Sze, who is Visual Development Supervisor at Marvel Studios, shared an alternate look at Gorr, which you can see below. In the caption, Sze explains that this was his first take on Gorr and was actually made before Bale was ever cast in the role.

RELATED: Which Thor: Love and Thunder Scenes Didn’t Make It From the Trailers?

The latest film in the Avenger’s solo film series, Thor: Love and Thunder sees the titular hero teaming up with Jane Foster/Mighty Thor (Natalie Portman) to take down Gorr, who aims to wipe out all the gods by tracking down and receiving a wish from a being known as Eternity. The villain’s motivation for hating the gods comes from his world’s own deities having failed to protect his people and daughter from him.

Created by Jason Aaron and Esad Ribic, Gorr made his comics debut in 2013’s Thor: God of Thunder #two. Like in the film, Gorr seeks to get revenge on the gods after they refuse to help those in need. He receives All-Black the Necrosword and does a massive amount of damage to the gods. Thor is eventually able to triumph over Gorr, though he very nearly loses on several occasions.

RELATED: How Gorr’s Plan Contradicts His Motivations in Thor: Love and Thunder

commercially, Thor: Love and Thunder has made more than $665 million worldwide against an estimated budget of $250 million, making it one of the highest-grossing films of the year so far. Still, that take is a far cry from Doctor Strange in the Multiverse of Madnesswhich released earlier this year and took in more than $954 million.

In terms of reviews, Thor: Love and Thunder holds a 66 percent on Rotten Tomatoes at the time of writing. That score means the most recent film ties with 2013’s Thor: The Dark World for the lowest-rated entry in the franchise. For comparison, the other two movies, 2011’s Thor and 2017’s Thor: Ragnarökhold 77 and 93 percent on the platform, respectively.

Directed by Taika Waititi from a script by himself and Jennifer Kaytin Robinson, Thor: Love and Thunder is in theaters now. The exact date the movie will be available to stream on Disney+ or buy in physical media is not known at the time of writing.