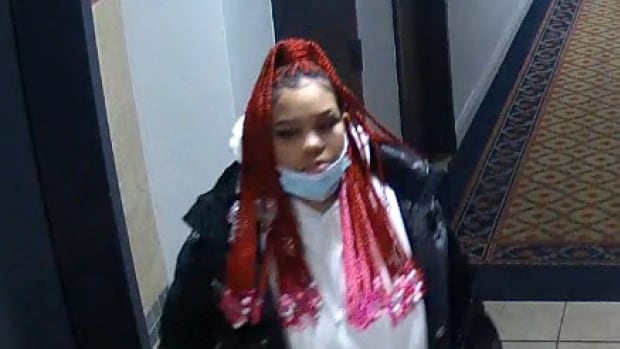 Toronto police are seeking the public’s help in identifying a woman wanted in connection with a shooting on Valentine’s Day.

Police said they responded to a report of a shooting near Fountainhead Road and Sentinel Road shortly after 5 pm on Feb. 14. The area is near York University.

A woman was on the scene, where she took a firearm and then left, police said.

They said she is wanted for obstruction of justice and possession of a firearm.

Police have released security footage of the woman, who is described as having long red hair and a large build.

They said she was wearing a black jacket and black pants, along with white running shoots and a white hoodie.

Anyone with information is urged to call police at 416-808-2510 or anonymously via Crime Stoppers.