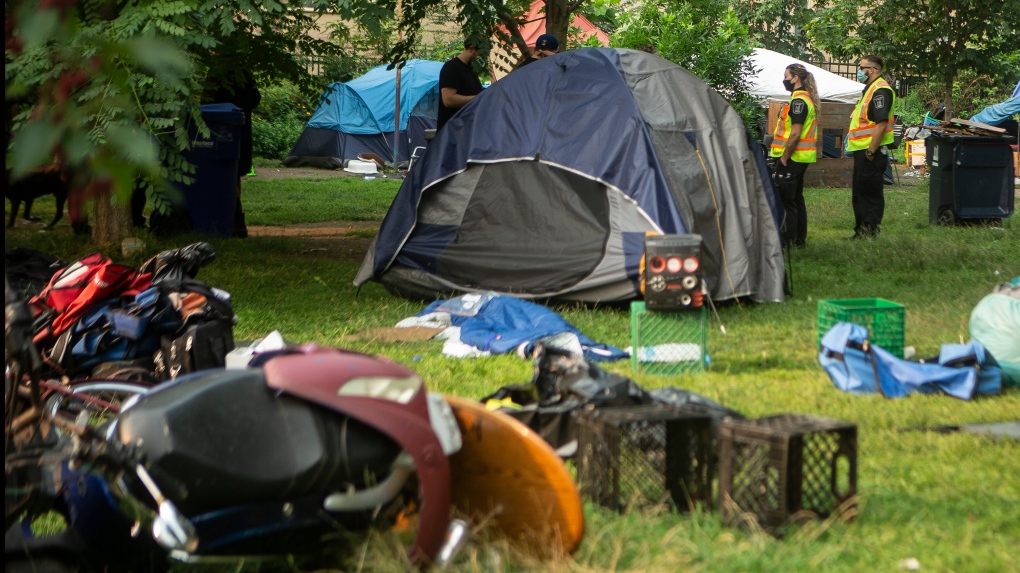 Some Toronto parks could soon see private security guards on patrol around the clock as part of the city’s effort to keep encampments from appearing.

Brad Ross, a spokesperson for the city, confirmed to CP24 Wednesday that the city has issued a request for proposals (RFP) for contracted security to keep watch of its parks.

“The contracted security guards will help ensure that city parks are safe and accessible to all residents of Toronto, including unfettered access to green space for safe outdoor recreation,” Ross said in a statement.

“On site contracted security will monitor high priority parks 24 hours a day and advise the City immediately if any illegal tent or structure is erected in a park.”

In the statement, Ross reiterated that camping in parks is “unhealthy and illegal” and noted that the city continues to offer indoor accommodation and services to those experiencing homelessness.

The city noted that in addition to the guards, its corporate security staff will also be present in other parks “to ensure they remain safe and prevent encampments from being established.”

The cost of the project has not been determined pending the closing of the RFP.

The story was first reported by CBC.

This would not be the city’s first time hiring private security guards to deal with encampments. In 2021, the city contracted private guards as part of its staff that enforced trespass notices at its downtown parks and cleared out homeless encampments, which led to violent clashes between police and protesters.

Earlier this month, internal documents revealed the city spent months planning to clear about two dozen people from a homeless encampment at Trinity-Bellwoods Park, building dossiers on the residents and involving hundreds of municipal workers in the process.

– With files from The Canadians Press