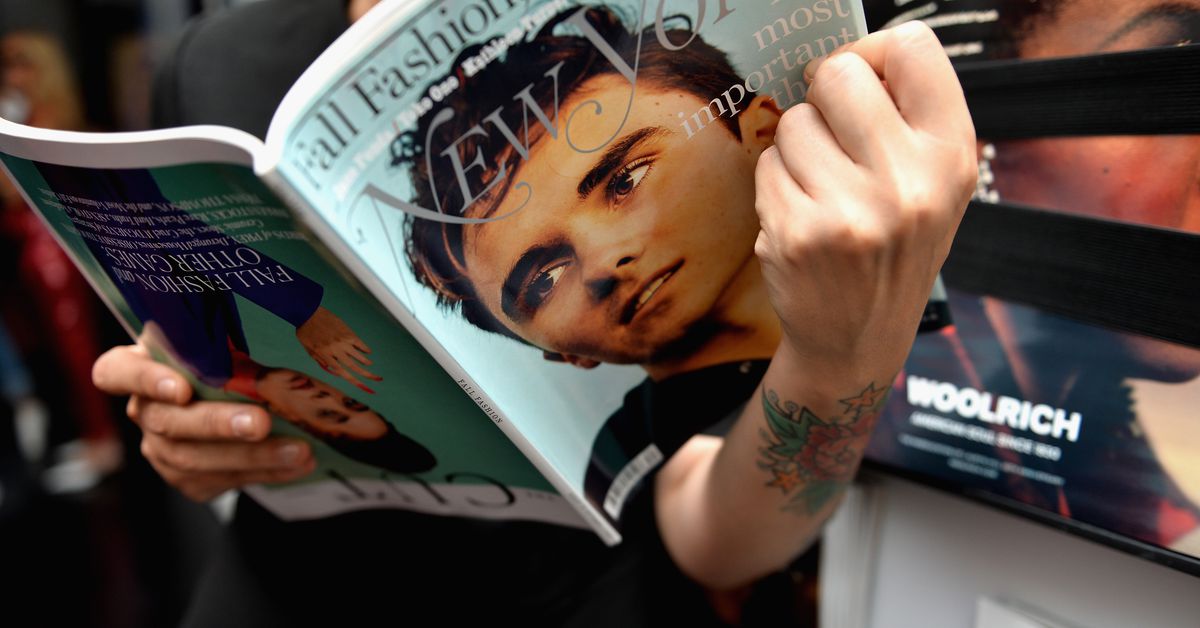 Often referred to as “the Robs,” the pair chronicled the city’s ever-changing restaurant scene — nearly always under co-bylined stories — over decades at New York. They filed regular stories on restaurant openings, food roundups, and top dishes to try through dispatches like “The Underground Gourmet” column in the magazine. They nabbed top honors for their work during their tenure, including a James Beard Award in 2019 and two awards from the American Society of Magazine Editors.

“I was fortunate enough to be covered by the Robs when I opened Golden Diner and I quickly learned why they’re regarded as such highly esteemed food journalists in our industry,” owner and chef Sam Yoo said in an email. “With savvy, stylistic writing that feels fresh, cheeky, and downright ‘New York,’ they manage to cover their subjects with thoughtful insight and integrity. NY Mag has some big shoes to fill, but I’m excited to see what the Robs do next and will always look forward to reading their work.”

Outside of their bylines, they were known for keeping a low profile in the industry. They did not have a social media presence, and avoided a public announcement around their departure this summer, according to an all-staff note that New York magazine Editor-in-Chief David Haskell sent out on July 25.

“Mysterious and private and adventurous and meticulous and seemingly aware of every significant addition to the city’s restaurant landscape at any given moment, Robin Raisfeld and Rob Patronite count among the most legendary bylines New York has ever published,” the all-staff note (included in full below) reads.

The Robs declined a request for comment for this story.

Aside from their restaurant reporting, the Robs maintained a reputation as experts in tracking and celebrating seasonal foods in New York. They published a cookbook in 2012 called In-Seasonbased on the pair’s “In Season” column in the magazine, where they asked top New York chefs to contribute recipes for home cooks to replicate.

“They have such an undeniable and distinct voice in their writing,” Superiority Burger owner and noted vegetable fan Brooks Headley said in an email. “I was always excited to read anything they wrote and learned really cool stuff too. I would see them out of the corner of my eye all the time at the Union [Square] market. Which is so cool. They are writing about food in NYC, and know EXACTLY what’s in season. Badass.”

They would also often be the first to scoop a new restaurant opening — at Eater, their names would come up when restaurateurs stonewalled us on exclusive opening coverage because the Robs were first to the punch.

“Over the years, I pitched and worked with the Robs on many stories, always as a duo, and occasionally ran into them dining out,” NYC restaurant public relations veteran Shari Bayer said in an email. “They were a hard sell, so to speak, but when they liked something, they really embraced it, giving it a lot of good ink. Having the Robs’ stamp of approval was a big deal.”

The departures mark the latest changes in a string of upheaval in New York‘s food section. Platt announced in June that he’d be stepping down from his role as the magazine’s restaurant critic after 22 years and moving into a position as a feature writer for Grub Street. Writer Rachel Sugar decamped for freelance work in July. Currently, the magazine’s food staff includes three other people: Editor Alan Sytsma, writer Chris Crowley, and diner-at-large Tammie Teclemariam. Grub Street is currently hiring to fill the open restaurant critical position.

“[The Robs] departure was their own decision after a successful multi-decade tenure with the magazine,” a spokesperson for New York‘s parent company Vox Media tells Eater. “Adam Platt remains on staff as a features writer, and we’re looking forward to bringing on a new food critic and senior editor to join the talented team at Grub Street.”

New York magazine has been in publication since 1968. It was bought by digital media company Vox Media (which also owns Eater) in 2019. The company has gone through multiple rounds of layoffs during the pandemic, including a round in the last week of July that affected 39 staffers. The company has also instituted a hiring slowdown and a reduction in “non-essential expenses” in response to the most recent economic downturn, according to CNBC.

Who are the Robs? Mysterious and private and adventurous and meticulous and seemingly aware of every significant addition to the city’s restaurant landscape at any given moment, Robin Raisfeld and Rob Patronite count among the most legendary bylines New York have ever published. They have decided, after a stupendous 32-year career here, that it’s time for another chapter. In typical fashion, they have requested not to have a big goodbye or even be the subject of much public recognition. (And they scooped us!) But we cannot let this moment go without sharing a bit about them. The Robs are New York legend. They are New York legend, too.

Here, with some help from Chris Bonanos and several esteemed alumni, are some things that we know: They are Rob Patronite and Robin Raisfeld. Ninety-nine percent of their work has been co-bylined (spotting that rare Rob- or Robin-only story is always ). They both started here, weeks apart, in 1990, in our fact-checking department. Their desks sat in a crammed area of ​​our Second Avenue office filled with paper files and directories and references of every kind, and most of their research depended on books, landline telephone calls, and one dedicated Lexis-Nexis terminal. It will shock no one that they ran a tight ship. Several years later, Robin moved over to run the restaurant listings in the back of the book, and Rob was promoted to chief of research and then assistant managing editor (a role that earned him the nickname Corporal Patronite from the late, great John Homans) . At one point, editor-in-chief Caroline Miller assigned them some sort of food roundup, and it was unsurprisingly a mini-masterpiece. They were subsequently given the mantle of “The Underground Gourmet,” the column first written by the magazine’s co-founder Milton Glaser and Jerome Snyder. For the past two decades, both as writers and editors of the magazine’s food pages, they tirelessly (and we say that in the most literal sense) covered the city’s food scene, and alongside their colleagues at Grub Street since 2006.

Since then, the Robs have approached the news of food openings as Woodward and Bernstein did the Watergate burglary. (Also, try Google image-searching them. Nothing.) But their signature form was maximalist and completist: the roundups, as we referred to them internally. Even relatively simple ones—a guide to new vodka pies, say—radiated authority, since the Robs really did sample every single iteration of every single category they rounded-up. Yearly, they produced a package we often called “Cheap Eats,” the product of months of traveling the city, eating multiple meals a day, pushing deadlines to their very limit because of a stray chicken parm left un-tasted or a hole-in -the-wall in a far corner of the city left un-visited. There were the mega round-ups: Breakfast, the 50 Best Dumplings in New York City, The Most Important Burger. One cover line from 2011: “The Couple Who Ate Queens.” And since they possessed remarkably sensitive antennae, they picked up on shifts before anyone else, always the first to document a fried-chicken boom or, in the early aughts, the New Brooklyn Cuisine sweeping the city.

Rob and Robin are the rare food writers who are both dead-serious reporters and boundlessly joyful writers. If there were a mini Pulitzer category that honored the extreme short form, they would be buried under medals; play spin-the-Robs-blurb and you will no doubt land on a 50-word delight. On a slice of pizza in 2008: “Doughy, saucy, and so overloaded with cheese it suffers from chronic droop syndrome.” On a tomato-and-sandita salad in 2013: “This half-inch fruit is a member of the cucumber family and variously known as a Mexican sour gherkin, a cucamelon, and a watermelon of mouse (mouse melon). And it’s true: A reasonably athletic mouse could push a miniature wheelbarrow of sanditas back to the mouse nest without breaking a sweat.” On a burger in 2007: “It’s like biting into a meat-flavored piece of Freshen-up gum.”

Of course the Robs have been honored in the actual world: They have two ASME awards of their own, as well as a James Beard award in 2019, and the Strategist section’s many ASME wins through the years very much belong to them.

Not only are they true legends in their field, but they’ve been north stars for how this magazine has approached service journalism through the years. When people talk about New York‘s obsessiveness, its trustworthiness, its ear-to-the-ground adventurousness and uncommonly strong bullshit detector, they’re talking about a particular editorial sensibility that no one—not even Milton!—has embodied more than Rob and Robin. We’ll be in touch about future plans for the food pages in the weeks ahead, but for now let’s toast to Rob and Robin on an amazing run. We will attempt to hold ourselves forever to their impossible standards.