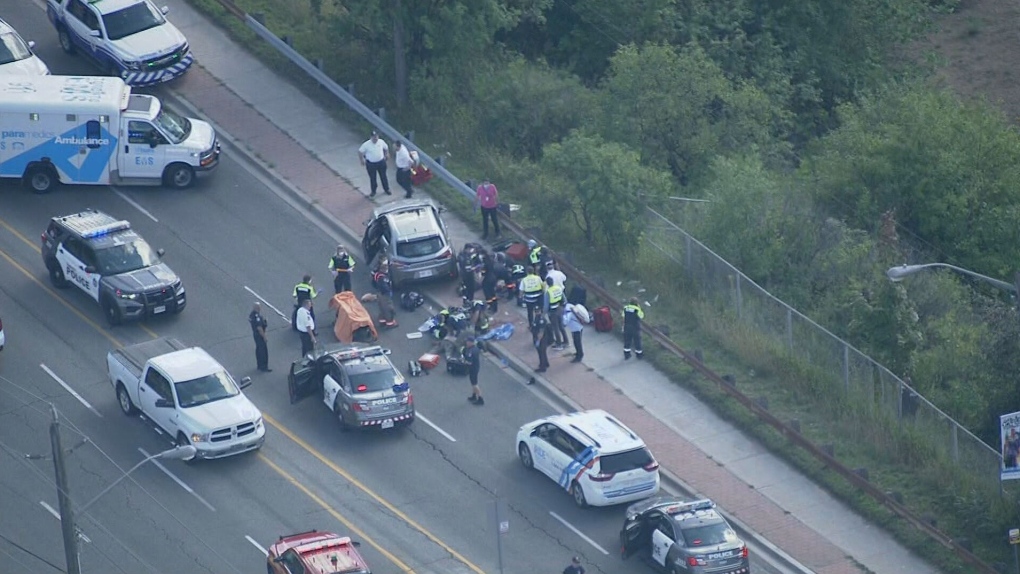 The incident happened around 3:30 pm near Bathurst Street and Ellerslie Avenue, which is between Finch and Sheppard avenues.

According to police, a 46-year-old man, later identified as Godfrey Sig-Od, of Toronto, was involved in an altercation with two women.

Despite life-saving measures, they were both pronounced dead at the scene.

On Sunday, police identified the two victims as 44-year-old Elvie Sig-Od and 20-year-old Angelica Sig-Od, both of Toronto.

Godfrey Sig-Od was arrested on the scene and has been charged with two counts of second-degree murder.