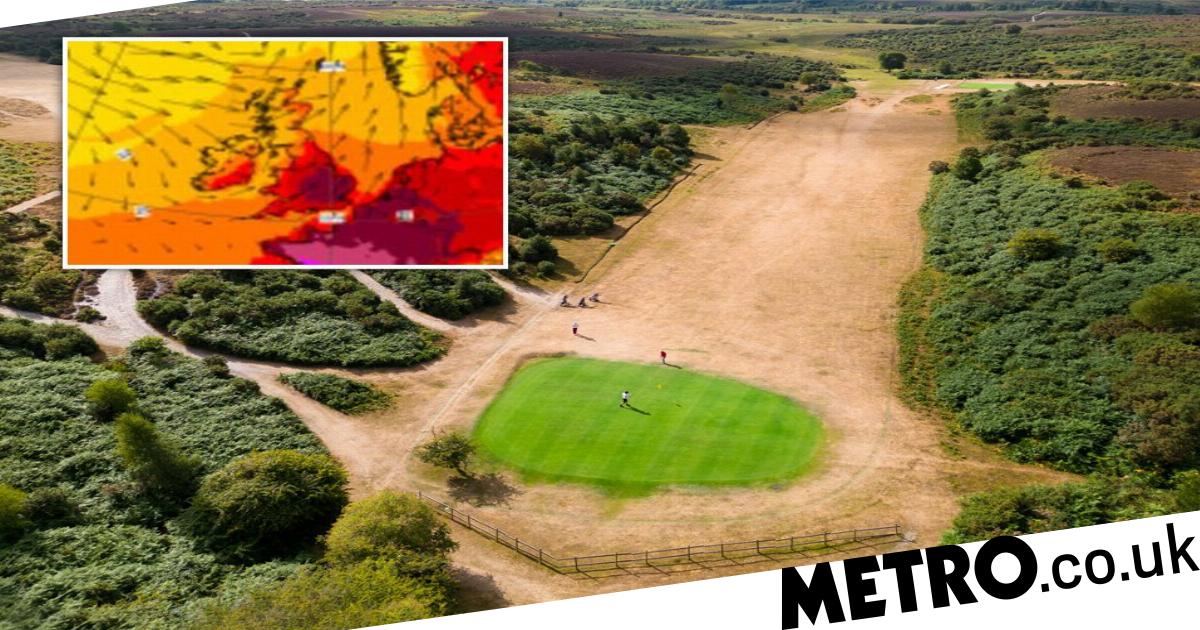 Brits are set to swelter as high temperatures hit the country once again – but no records will be broken this time.

Forecasters have predicted that some areas in southern England will hit the mid-30s by the end of next week.

It comes amid warnings that a drought could be declared with little rain still expected over the coming days.

Climate change sparked the hottest day ever in the UK last month, with 40.3°C weather leading to dangerous wildfires.

The Met Office says it’s too soon to know how long the new heatwave will last, but early signs suggest more changeable weather from mid-August.

Chief forecaster Steve Willington said: ‘We could see parts of the UK entering heatwave conditions if the above-average temperatures last for three days or more.

‘Many areas of the UK, especially the south will witness temperatures several degrees higher than average, but these values ​​are likely to be well below the record-breaking temperatures we saw in mid-July.

‘As the high pressure builds there is very little meaningful rain in the forecast, especially in those areas in the south of England, which experienced very dry conditions last month.

To view this video please enable JavaScript, and consider upgrading to a web browser that supports HTML5 video

‘Elsewhere in the UK, such as in northern England, Scotland and Northern Ireland, rain-bearing weather fronts will make limited headway against the high pressure, bringing some rain to north-western parts of the UK.’

The new heatwave has been sparked by an area of ​​high pressure building from the Atlantic into the south and south west of England.

This is different from last month, which saw hot air being drawn up from southern Europe, adding to the country’s ‘own home-grown heat’.

‘There is some uncertainty about next week’s temperatures, although in early August sunshine in the UK doesn’t have the heating potential of mid-July as the sun is lower in the sky and the hours of daylight are marginally shorter’, Rebekah Sherwin, a deputy chief meteorologist, said.

‘Both of these factors suggest that we’re very unlikely to see temperatures peak much above low to mid 30s. However, this would still be a hot spell of weather.’

For more stories like this, check our news page.

Get your need-to-know latest news, feel-good stories, analysis and more