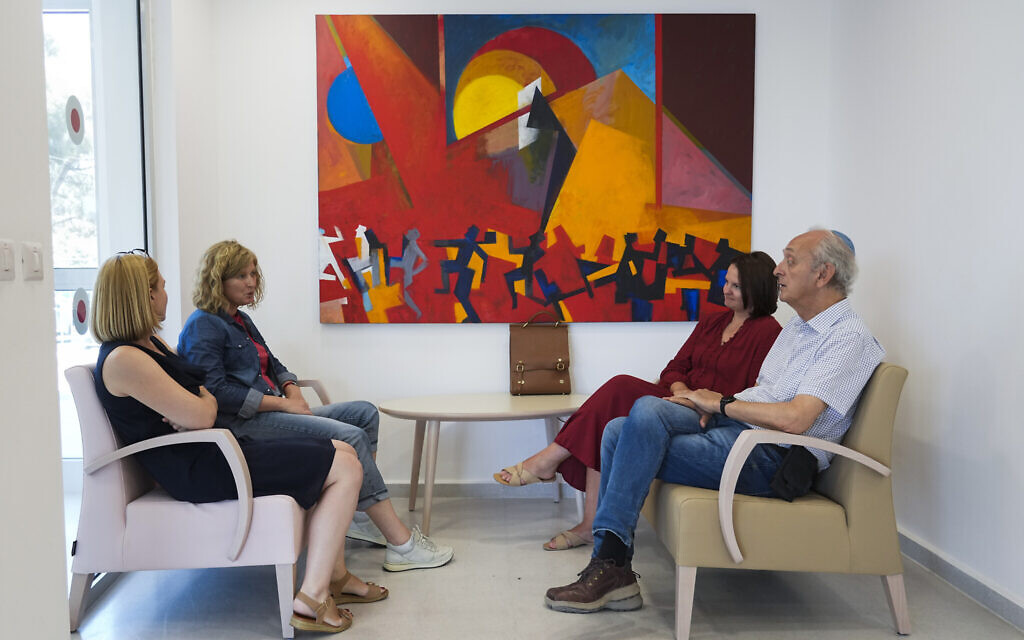 JERUSALEM (AP) — Ukrainian therapist Svitlana Kutsenko thought she was making progress with her patients — army veterans recovering from mental trauma suffered during fighting with Russia in 2014. Then, war erupted again.

Now, five months after Russia invaded Ukraine, Kutsenko says the situation looks bleacher than ever. Many of her patients of her have returned to the front lines, while ordinary citizens scarred by the horrors of life in wartime are now seeking treatment.

“Sometimes it’s bearable, sometimes it’s not,” Kutsenko, who lives in Kyiv, told The Associated Press. “Some people are suffering from huge fear — fear of death, fear of their relatives’ death and some are pretty angry about what’s going on and they want to somehow take this anger under control.”

Kutsenko was among 20 Ukrainian mental health professionals who spent the past two weeks in Israel receiving training on how to treat trauma cases.

Israel, which has gone through numerous wars with its Arab neighbors and has a large population of Holocaust survivors, has deep experience in treating psychological or mental trauma.

But in Ukraine, awareness for recognizing and treating mental trauma remains relatively low. And despite a conflict with Russia that has been ongoing since 2014, the country is not equipped to deal with the massive numbers of people affected by the Russian invasion.

Kutsenko said that there is a great difference between treating patients to struggling come to terms with events from the past and helping people who are under fire cope with grief and fear in real-time. 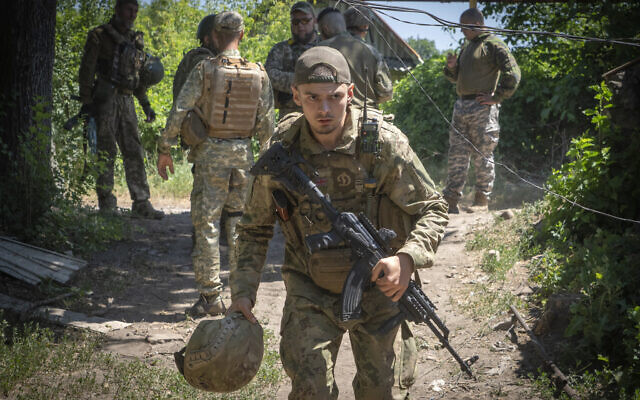 “Right now, in Ukraine, it’s not just, you know, shooting and people” being killed by missiles and bombs, says Kutsenko, adding that torture, rape and other terrible acts are also happening.

The course’s instructor, Danny Brom, says treating mental trauma in Israel has taught him how to provide therapy to victims who are both post-traumatic and still remain in immediate danger. These lessons, he says, have helped him relate to mental health professionals from conflict zones across the world and especially Ukraine.

“They understand that we Israelis know what we are talking about. This… has happened to us in the different wars, so there’s a very special connection between them and us. They really feel that we understand what we are talking about,” said Brom, a clinical psychologist who is director of Metiv, an Israeli nonprofit that trains mental health professionals to treat trauma victims. 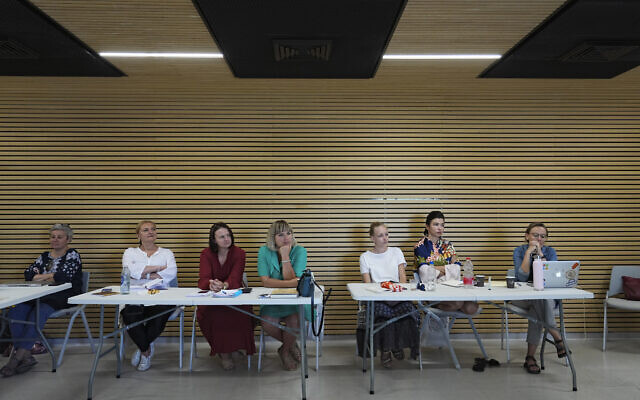 The group included 20 psychologists from across Ukraine, including some who have been displaced throughout the war. The course included training in cognitive behavior therapy techniques, or CBT, which are commonly used to treat depression and anxiety.

Larysa Zasiekina is a psychologist from western Ukraine, where internally displaced people have flocked to seek refuge from the fighting.

Prior to the war, she treated adults but now she sees mothers and children who have had to suddenly leave everything behind as their husbands and fathers head off to battle.

Zasiekina says the course has given her new methods to cope with this new reality, especially when it comes to working with youth.

Throughout the course, the participants were never far from having to deal with horrific news from back home. 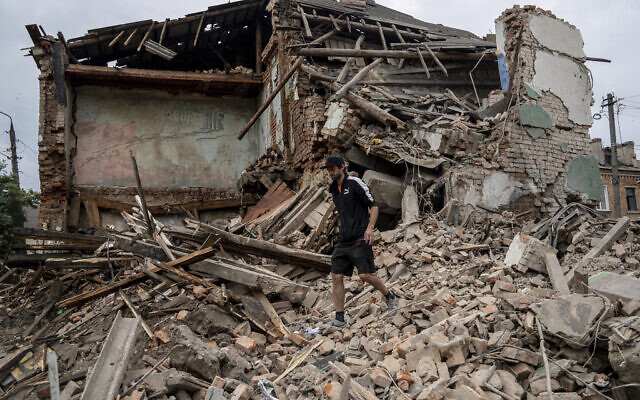 Illustrative: a man searches for documents in the aftermath of Russian shelling in a residential area in Ukraine, July 16, 2022. (AP/Evgeniy Maloletka)

During her time in Jerusalem, Kutseno got word that the building across from her family home in Vinnytsia, where her parents still live, had been bombed. Her parents of her were not harmed in the barrage, which killed 23 people that day, but it was a terrifying reminder.

“Even being here, feeling safe, war is still [in] the background of everything I do here,” says Kutseno.

“It’s not like I will get back to something that will have changed,” she added. “What I will find there is war.”

We’re really pleased that you’ve read X Times of Israel articles in the past month.

That’s why we started the Times of Israel ten years ago – to provide discerning readers like you with must-read coverage of Israel and the Jewish world.

So now we have a request. Unlike other news outlets, we haven’t put up a paywall. But as the journalism we do is costly, we invite readers for whom The Times of Israel has become important to help support our work by joining The Times of Israel Community.

For as little as $6 a month you can help support our quality journalism while enjoying The Times of Israel AD-FREEas well as accessing exclusive content Available only to Times of Israel Community members.

Thank you,
David Horovitz, Founding Editor of The Times of Israel