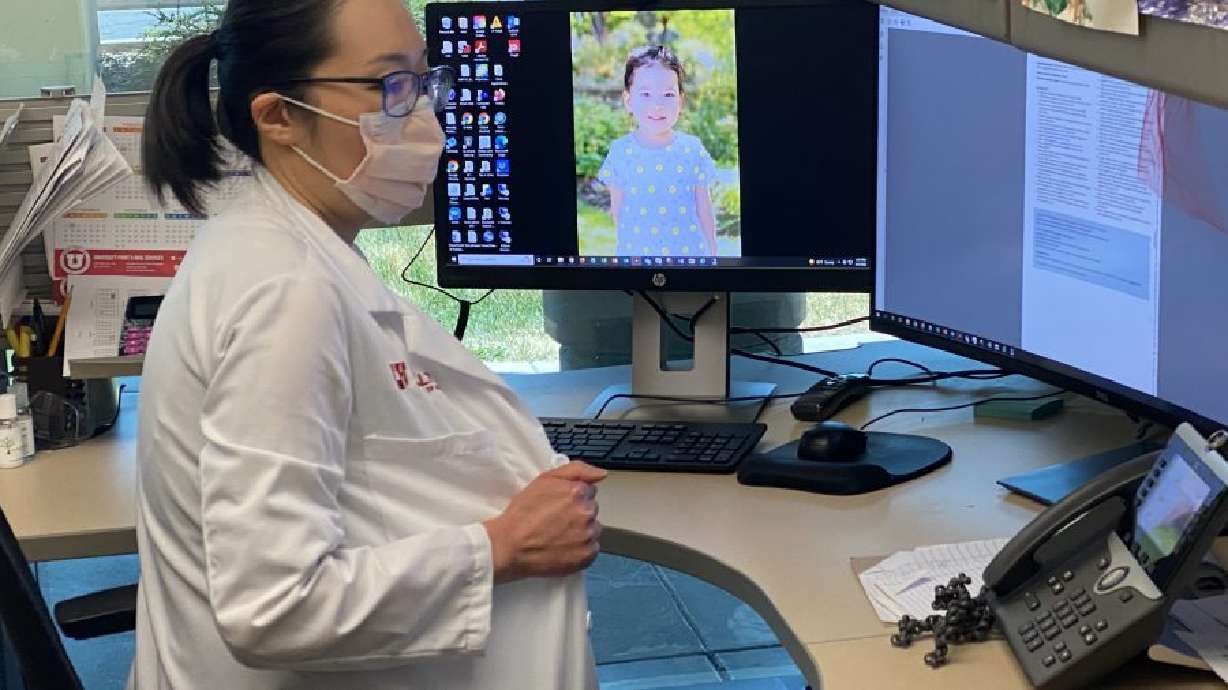 SALT LAKE CITY — New research out of the Huntsman Cancer Institute reveals that Hodgkin lymphoma patients and survivors are more likely to suffer from mental health and substance abuse disorders than the general population. The lead researcher sees this as a call to action for mental health support.

A Hodgkin lymphoma survivor from Rock Springs, Wyoming, said she’s felt a lot of that.

“I was diagnosed May 5, 2020,” said Gretchen Baldwin, who found out she had Hodgkin lymphoma early in the COVID-19 pandemic.

“When I got diagnosed, I felt like I had a really good outlook on it. I was like, it’s either going to be me, or I’m going to beat it,” she said.

But, in the course of six months of chemotherapy, followed by remission, her mental outlook deteriorated.

“There was just a lot of emotions, a lot of depression and just being really sad,” she said.

Fighting cancer during the pandemic made it worse. “I felt like I was on my deathbed just in my room all the time,” Baldwin said.

The study published this week in Cancer shows Baldwin is not alone.

“It typically affects patients who are younger,” Dr. Randa Tao said. Tao is the lead researcher, and an associate professor of radiation oncology at Huntsman Cancer Institute and the University of Utah School of Medicine.

When her team started the study, they did not think they would find more mental health issues because Hodgkin lymphoma patients typically survive.

“It’s considered one of the most curable cancers,” Tao said.

But even patients free of cancer had more diagnoses than the general population for anxiety, depression, substance abuse and suicide.

“Suddenly they’re hit with this major diagnosis, and it can be such an interrupting event in their lives,” she said.

Baldwin has seen a therapist and has taken some medication. But she still feels anxious that her cancer may return.

Dr. Tao said physicians can use this information to help patients like Baldwin understand that this is an appropriate response to what they’re going through with cancer.

If you or someone you know is struggling with thoughts of suicide, call 988 to connect with the 988 Suicide and Crisis Lifeline/p>

The more of these signs a person shows, the greater the risk. Warning signs are associated with suicide but may not be what causes a suicide.

Information from the American Foundation for Suicide Prevention.

What to do if you see warning signs of suicide

Information from the American Foundation for Suicide Prevention.