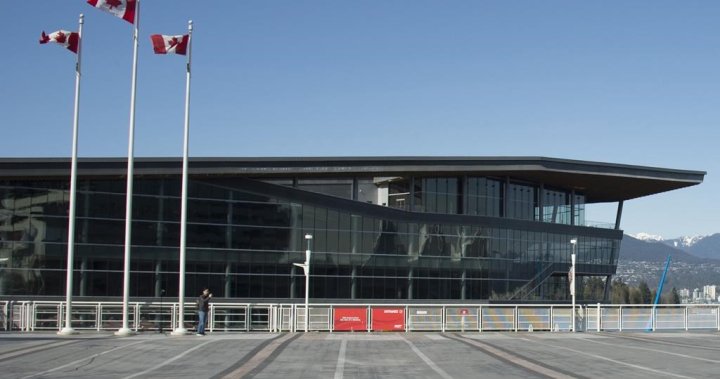 More than 1,000 people packed the Vancouver Convention Center on Monday as it hosted its first large event since the removal of COVID-19 restrictions in the province.

The Grocery and Specialty Foods West conference runs from April 25 to 26, and according to event organizers, is expecting an estimated 3,000 guests over the two-day period.

The exhibition space is more than 90,000 square feet — three halls of the convention center — an expansion made due to “overwhelming demand,” organizers said in a news release.

COVID-19: Cases in BC hospitals up 33% in one week, ICU cases hold flat

There have been few large events held in BC since the COVID-19 pandemic began two years ago. For much of it, public health restrictions capped event attendance at half-capacity or forbade them from taking place.

February events including the 2022 BC Winter Games and Vancouver Boat Show were canceled in the midst of the Omicron outbreak. The annual HSBC Canada Sevens tournament proceeded at full without restrictions, however, at BC Place last week.

Provincial health officials removed indoor gathering limits on Feb. 16, dropped face masks on March 11, and removed the proof of vaccine requirement for events, restaurants and other businesses on April 8.

Grocery and Specialty Food West is Western Canada’s only grocery exhibition and conference, and includes workshops, vendors, keynote speakers, and more. The grocery industry is worth an estimated $120 billion in Canada annually.

The Vancouver Convention Center has a full slate of events in the coming weeks, with the CPHR British Columbia and Yukon HR Conference and Expo scheduled for April 26 and 27.

Other scheduled events include the BMO Vancouver Marathon Expo between April 29 and 30, and the Vancouver Tattoo and Culture Show from April 29 to May 1.