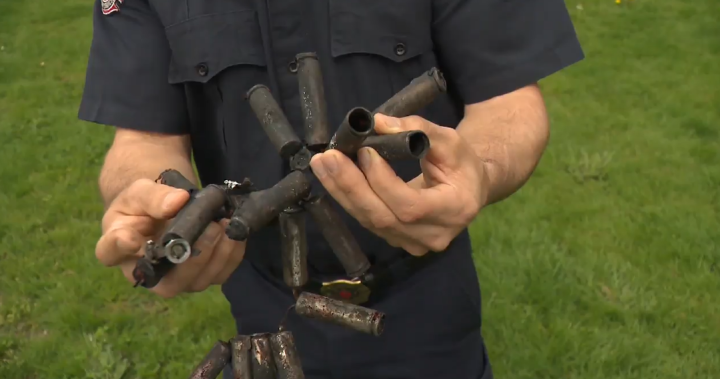 Firefighters in Vancouver are warning the public about a “dramatic” increase in fires associated with lithium-ion batteries.

Vancouver Fire and Rescue Services says it has recorded a five-fold increase in battery fires over the last six years.

Spokesperson Capt. Matthew Trudeau said the bulk of the fires have been associated with batteries in e-bikes, scooters and cell phones, though battery fires in laptops and other devices have also been recorded.

“As people are using batteries more often, we’re seeing this uptake, and what we’re trying to do is remind people to use these batteries safely,” Trudeau said.

“We’re recommending that everyone uses these as the manufacturer recommends, and only uses original equipment with the charging devices, with the batteries, and reminding everyone around the safe storage of these batteries.”

The issue is not unique to Vancouver.

In October, Consumer Reports found there had been 75 e-bike fires in New York City in 2021 alone, resulting in 72 injuries and three deaths, while the UK’s Evening Standard reports there were at least 130 similar battery fires in London last year.

Richard Grandholm, president of Vancouver-based Battery World, said he believes many of the issues are related to people buying cheap, uncertified products from overseas.

“I would say in general go to a store, or if you’re going online, don’t purchase by price. You’re guaranteed to get a low quality with a low price.”

E-bike battery explodes just after being removed from Cobourg house

People should ensure that both the battery cells themselves are certified, and if they are assembled into a battery pack that the pack is also certified.

He also warned that people who import uncertified batteries could find themselves liable if they catch fire and injure someone or cause property damage.

People should never try and charge a damaged battery or use a damaged charger, I added.

Trudeau also advised that battery owners be sure that their smoke alarms are working and that they have a fire extinguisher in their home.

If a battery does catch fire, he said people should never try and touch them as they can be extremely dangerous, give off noxious smoke, and in some cases can explode.