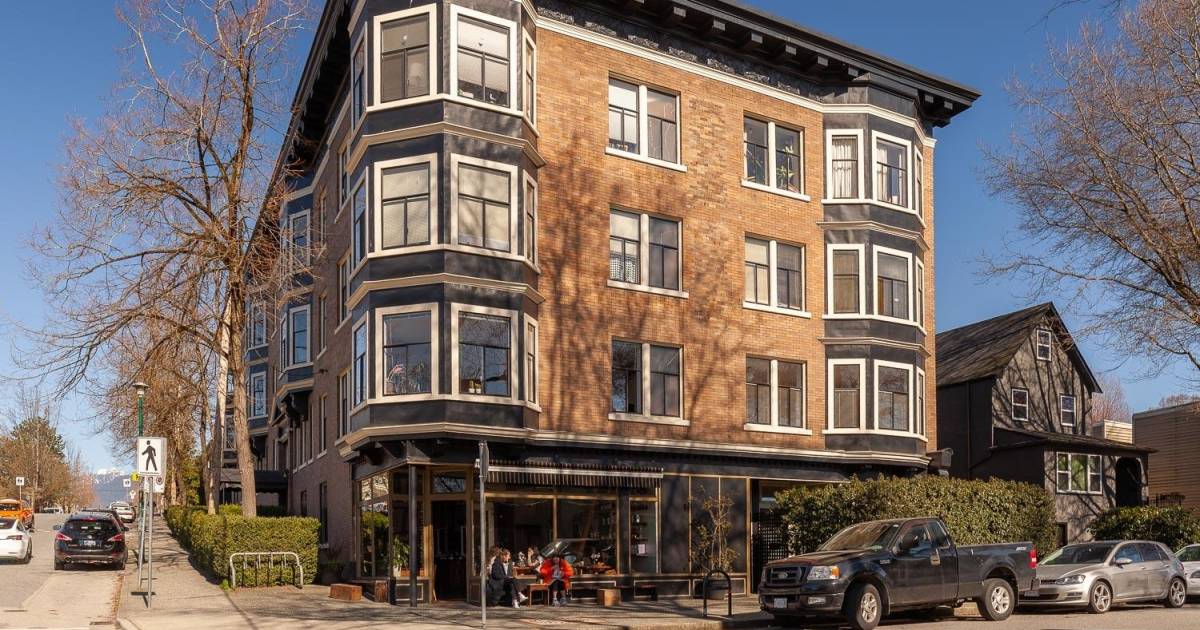 A Vancouver heritage building in a storied location has come on the market.

The Jackson, an apartment building with retail on the ground floor, listed on April 13 for $8.5 million.

The 660 Jackson Avenue property is found in the historic neighborhood of Strathcona.

It is included in the Vancouver Heritage Register as a category B building, which means it is of “significant” importance.

As the register explains, category B represents “good examples of a particular style or type, either individually or collectively” or “may have some documented historical or cultural significance in a neighbourhood”.

The 660 Jackson Avenue building is associated with Edward Evans Blackmore, an architect who designed a number of buildings in Vancouver.

One of these is the McLennan and McFeely Building, a heritage structure in Gastown also known as the Canadian Fairbanks Building.

Another building designed by Blackmore was the Pantages Theater on East Hastings Street, a vaudeville house, which is now gone and had been replaced by a residential development called Sequel 138.

The Sutton Group-West Coast Realty listing states that this building at the northeast corner of Jackson Avenue and East Georgia Street contains 24 suites consisting of 13 one-bedroom and 11 two-bedroom units.

Finch’s Market, a neighborhood cafe and grocery, is located on the ground floor.

In a 2014 article with Scout Magazinewriter Stevie Wilson recalled that the first recorded main-floor business at the location was the Costalas Costa Grocery in 1911.

Wilson wrote that this “began the address’ unbroken ‘market’ tradition”.

Wilson noted that the market tradition continues with Finch’s Market, which has an address of 501 East Georgia Street.

Finch’s Market is a neighborhood cafe and grocery.

“It was here on this corner in 1917 that police chief Malcolm MacLennan famously met his end,” Wilson also related about the location, which she called the Jackson Apartments.

MacLennan and a young boy were shot and killed by a local man named Bob Tait in a shootout with the Vancouver police.

“There is a mosaic memorial to the fallen chief set into the sidewalk just outside the front door,” Wilson wrote.