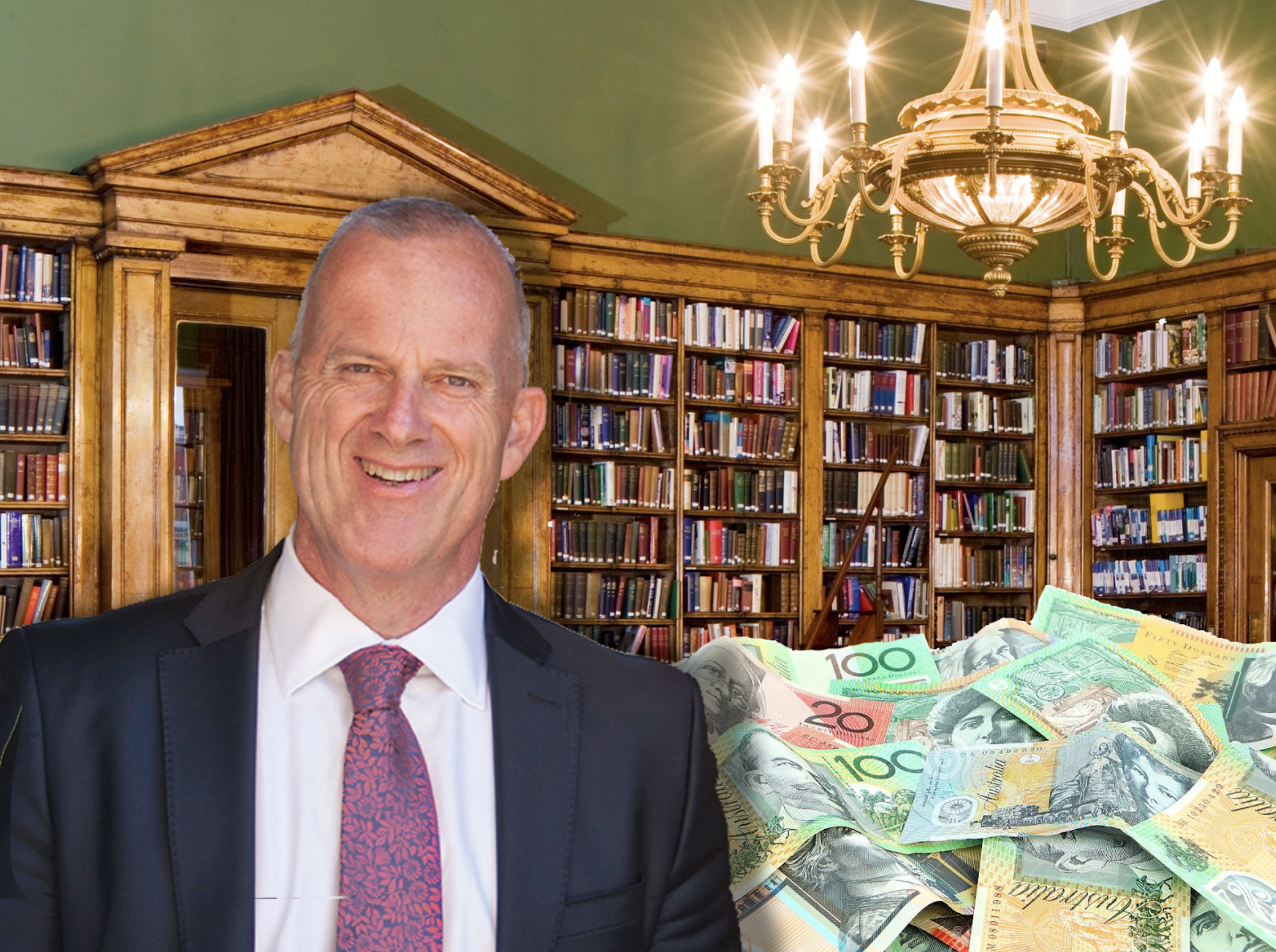 Former Vice-Chancellor (VC) Michael Spence spent $133,525.46 over two years against the University, and spent thousands on a personal membership to the exclusive Oxford and Cambridge club.

Spence’s expense sheets from his last two years as VC were released to Honi Soit under Freedom of Information legislation. They reveal that the former VC received annual reimbursements for the renewal of membership fees to the Oxford and Cambridge club, totaling $3562.33 over the two-year period.

The 200-year old social club is reserved for alumni of Oxford and Cambridge, and describes itself as “spacious, private and well-appointed”, enabling “members to meet friends and colleagues in magnificent surroundings, host a party, relax or simply find a quiet place to work”.

The Oxford and Cambridge Club’s membership includes various politicians and royalty, including the Queen of Denmark, the Prince of Wales, and the former Duke of Edinburgh, as well as celebrities like Stephen Fry.

The club is highly selective – to be considered for “election to membership”, a candidate must be proposed and seconded by existing members before being evaluated by a selection committee.

According to the released documents, Spence renewed his membership in January every year. The expense sheets do not include the club’s stipulated joining fee, suggesting Spence has been a member of the club for at least three years.

When queried, the USyd media office did not clarify for how long Spence sought reimbursements for this membership from the University. In the absence of official comment from USyd, it is possible that Spence expensed Oxford and Cambridge Club costs to the University for the length of his tenure. Additionally, as an alumni of Oxford, it is also possible that Spence was a member before his tenure commenced, meaning he may have shifted what was previously a personal expense to a ‘business expense’ when taking up his role from him at the University.

US policy classifies memberships to “fitness clubs, golf clubs or other bodies that are not required to carry out University business” as “personal expenses” that are not allowed to be expensed to the University.

When asked to justify Spence’s membership, a spokesperson for the University simply stated “club membership and subscriptions are claimed and approved with consideration of relevance to the role”.

Spence also spent $815 at the Australian Club, an exclusive all-male social club on Macquarie Street in the heart of Sydney’s CBD. The total expenditure was vaguely attributed to $342 for ‘Entertainment” and $402 for ‘Business lunches’, with no further detail provided as to the nature or purpose of these costs.

The Australian Club was established in 1878 and is the oldest gentlemen’s club in the southern hemisphere, boasting membership from celebrities, High Court Justices and past Prime Ministers including Malcolm Turnbull. The Club is at the center of ongoing controversy regarding its exclusionary all-male status. A 2021 club referendum to decide whether to open up membership to women was defeated with 62 per cent voting against.

University policy states that ‘Entertainment and meals’ are personal expenses and are not allowed to be expensed to the University, subject to exceptions.

From 2019-2021, USyd’s Executive spent a total of $10,279 on various subscriptions. Spence himself was responsible for the majority of this, spending $8,633.55 for subscriptions over two years. This includedmonthly renewals of print and digital subscriptions to Australian, The Sydney Morning Herald, The Australian Financial Review and The Daily Telegraph. For example, Spence spent $99 a month on the AFRwith Spence’s typical monthly spend on newspapers alone amounting to $285.33.

If this expenditure practice was consistent over the course of Spence’s time as VC, his total spend of University money on newspapers would add up to a whopping $44,511.58.

Like most personal expenses, subscriptions that are not required to carry out USyd business are generally prohibited from being billed to the University, with the exception of two annual subscriptions required for “research purposes” or that are “position-relevant”. In response to a request for comment, the University confirmed the relevant restrictions had been waived, contending that exemptions to the policy had been validly claimed.

“Approval of expense claims by University staff is at the discretion of the approving manager. The Chancellor is the default approver of the VC”s expenses,” a University spokesperson said.

The frequent lack of enforcement of this policy and unilateral approval by a fellow Senate member condones a practice where the rules simply do not apply to those at the top of USyd’s hierarchy. This is only exacerbated by the close personal and professional relationship between a Chancellor and VC, and that Spence was VC at the time of Hutchinson’s hiring.

Spence was announced as the next President and Provost of the University College London (UCL) in February, 2020.

“Professor Arthur [Outgoing President] and Dr Spence [Incoming President] will work closely over the coming months to ensure a smooth transition,” said UCL in a statement at the time.

Just one month later, Spence spent $14,963.72 from USyd to travel to London to UCL, ostensibly on a University ‘Partner Visit’.

Responding to a request for comment, the University claims these costs were to be reimbursed by UCL. However, this trip was framed and claimed as a professional trip made by the VC. The competing narratives of the purpose of the trip, or on whose dime and time Spence was making it, introduce questions as to whether UCL planned to cover these costs or how his expenses over there were actually going to be split.

A partnership agreement in ‘teaching, training and research’ was indeed formalized between USyd and UCL at the end of 2020, nine months after his trip. Such partnerships between universities are not uncommon – USyd officially has 28 of them. However, UCL was the only University partner that the VC expensed and was planning on formally visiting.

This trip, however, was ultimately canceled due to the pandemic. There is no record of a reimbursement from UCL, and while they may have intended to reimburse after the trip was made, the conflict of receiving a salary as an employee of USyd while overseas engaging in non-University business, raises questions as to whether his recruitment influenced the taking, timing and duration of the trip.

Can the VC spend whatever he wants?

As mentioned, Chancellor Belinda Hutchinson, who has expensed over $16,000 against the University herself, is the default approver for the VC’s expense claims and exemptions.

In response to a request for comment on Spence’s expenses claimed for headphones, AppleCare warranty and flowers for his official residence, the University stated, “there is an element of judgment on the part of the employee and manager considering their role and frequency of such claims .”

Spence’s records are littered with an array of lavish expenses, suggesting wide powers to expense at will. For example, Spence even spent lunch with his own portrait artist.

This reliance on personal discretion and the arrangement of unilateral approval by a fellow Senate member provides inadequate checks and balances against a habitual use of exemptions that render policies restricting expenses functionally meaningless.

Spence received an estimated salary of $1.6 million, bringing into question the need for the University to cover Spence’s arguably personal expenses, especially to the extent they amount to a sum comparable to that of a full-time employee at USyd.

Many of the additional non-monetary benefits available to the VC are not known.

“An individual’s contractual entitlements are confidential and we do not disclose them,” the University said in response to Honi’s questions on such benefits.

What is publicly known is the provision of official residence by the University to a sitting VC. For Spence, this residence was a mansion in Woollahra, which was listed for sale at the end of his term for $10 million.

The swathe of benefits and spending freedoms afforded to Spence have seemingly remained in place for current VC Mark Scott. Scott took over in December 2021, and had already claimed taxis, parking, postage expenses and newspaper subscriptions to the Australian Financial Review and the Sydney Morning Herald in his first month on the job.

Without taking into account additional benefits and carve-outs within his contract, Scott receives an annual salary of $1.15 million.

The University states they “are currently in the preliminary stages of reviewing our policies and procedures.

Thus far, Honi has revealed a practice of Executives spending US money lavishly on costs with tenuous links to their professional roles. What makes Michael Spence stand out is not only the extent of his spending by him, but the apparent impunity with which he was able to seek reimbursement for seemingly personal costs.

Honi is conducting an investigation into Executive spending practices. This article is the second of a series. Find the first here.