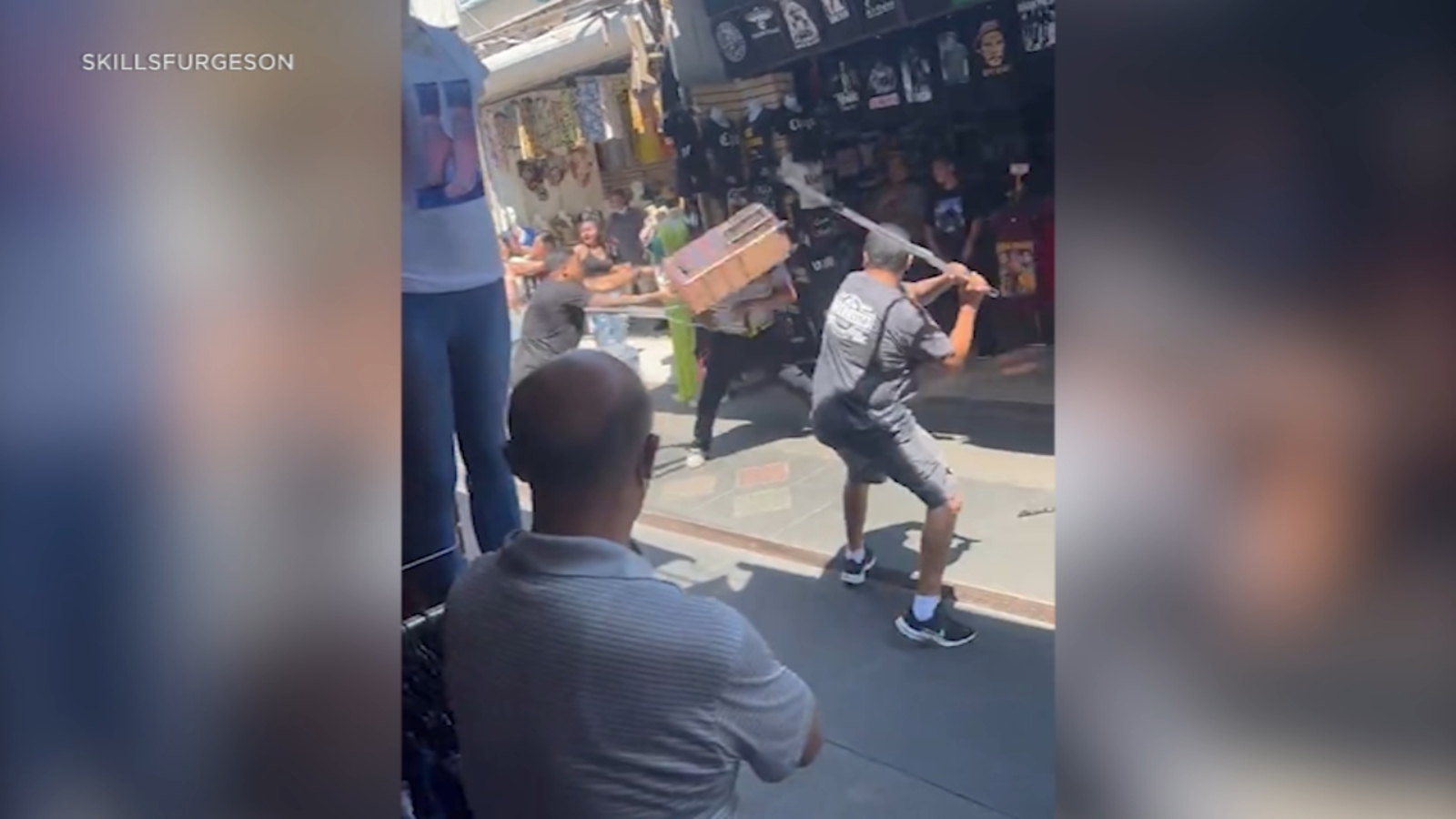 LOS ANGELES (KABC) — Shocking video shows the moment people were hit with crutches and punched as a violent brawl spiraled out of control in the Fashion District’s Santee Alley over the weekend.

A clip of the chaotic fight shows two people attacking each other with crutches in the middle of the busy outdoor shopping area. Multiple men used the crutches to swing at each other.

Others involved in the melee were seen in the background pulling each other’s hair and throwing punches.

Footage shows at least one man use a trash can to strike another man involved in the brawl.

The violent fight happened Sunday afternoon. Los Angeles police responded, but no arrests were made.

It’s unclear how the fight started.