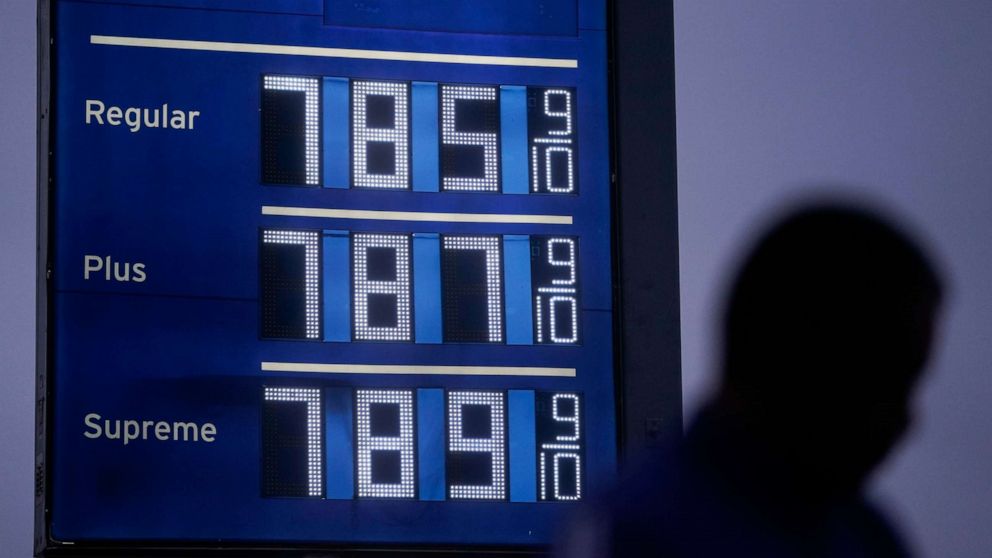 For months, sky-high gas prices have bedeviled Americans. The nationwide average price for a gallon of gas stands just under an eye-popping $5 per gallon, AAA data shows.

But a significant policy change may soon offer drivers some relief. President Joe Biden on Wednesday called on Congress to pass a gas tax holiday that would run through the end of September.

Suspending the federal gas tax, which amounts to 18.4 cents per gallon, would almost immediately reduce the price drivers pay at the pump, experts told ABC News. But they cautioned that the policy would slash funds for maintaining roads and highways, while potentially worsening a supply-demand imbalance and pushing prices even higher in the long term.

“As a motorist, I’ll take any price reduction I can get,” said Patrick De Haan, an energy analyst at GasBuddy. “As an analyst, I think it could exacerbate imbalances that could lead to higher prices.”

What is the federal gas tax?

The federal gas tax, first imposed as a 1 cent per gallon tax in 1932, makes up a portion of the price that drivers see at the pump. The tax gradually increased over the decades after its enactment, reaching its current level of 18.4 cents per gallon in 1993. Since 1997, all revenue from the federal gas tax has gone to the Highway Trust Fund, the major source of federal funding for highways, roads and bridges.

The federal gas tax has never been suspended, although a gas tax holiday was proposed by presidential candidates John McCain and Hillary Clinton during the 2008 campaign.

How would a gas tax holiday work?

A federal gas tax holiday, which would require a law passed by Congress and signed by Biden, would suspend the tax for a temporary duration. The proposal put forward by Biden on Wednesday calls for a suspension through September.

A handful of states — led by both Democratic and Republican governors — have suspended their gas taxes as a means of delivering some financial relief for drivers. Biden on Wednesday called on states to suspend their gas taxes if they haven’t already.

But the moves only reduce costs by a fraction of the price. In New York, for instance, Gov. Kathy Hochul this month suspended a tax of 16 cents a gallon. With the average price of a gallon of gas in New York standing at $5, according to AAA, the tax relief amounts to a 3.2% cost reduction.

Suspension of the federal gas tax would also reduce the cost of a $5 gallon of gas by less than 5%. Still, consumers would likely prefer some relief to no relief.

“I fully understand that a gas tax holiday alone is not going to fix the problem,” Biden said on Wednesday. “But it will provide families some immediate relief, just a little bit of breathing room as we continue working to bring down prices for the long haul.”

What are potential downsides of a federal gas tax holiday?

There are two main potential downsides to a federal gas tax holiday. First, it would deny the federal government a primary source of funding for maintaining roads and highways. US roads received a D grade last year in a report from the American Society of Civil Engineers. Eliminating the federal gas tax would likely leave them even worse off, experts said.

Second, as the US struggles with an imbalance between low oil supply and high demand, a federal gas tax holiday would partially undermine the role that heightened prices play in decreasing consumer demand. In theory, if gas prices remain high or go even higher, people will buy less gas, which should help bring equilibrium between supply and demand, thereby reducing prices.

But a gas tax holiday would almost immediately reduce the price, which could increase demand and worsen the supply-demand balance even further, said De Haan, the energy analyst at GasBuddy.

“It would cause a jolt potentially to demand at a time when it is difficult for refiners to keep up with demand now,” he said.

Biden’s support for a federal gas tax holiday will likely increase momentum in Congress for a law to enact it. But the passage of such a measure remains uncertain.

One such law, the Gas Prices Relief Act, has been proposed by Sen. Mark Kelly (D-AZ). It would eliminate the gas tax through the end of the year, and specifically stipulates that the price savings should be passed along to consumers.