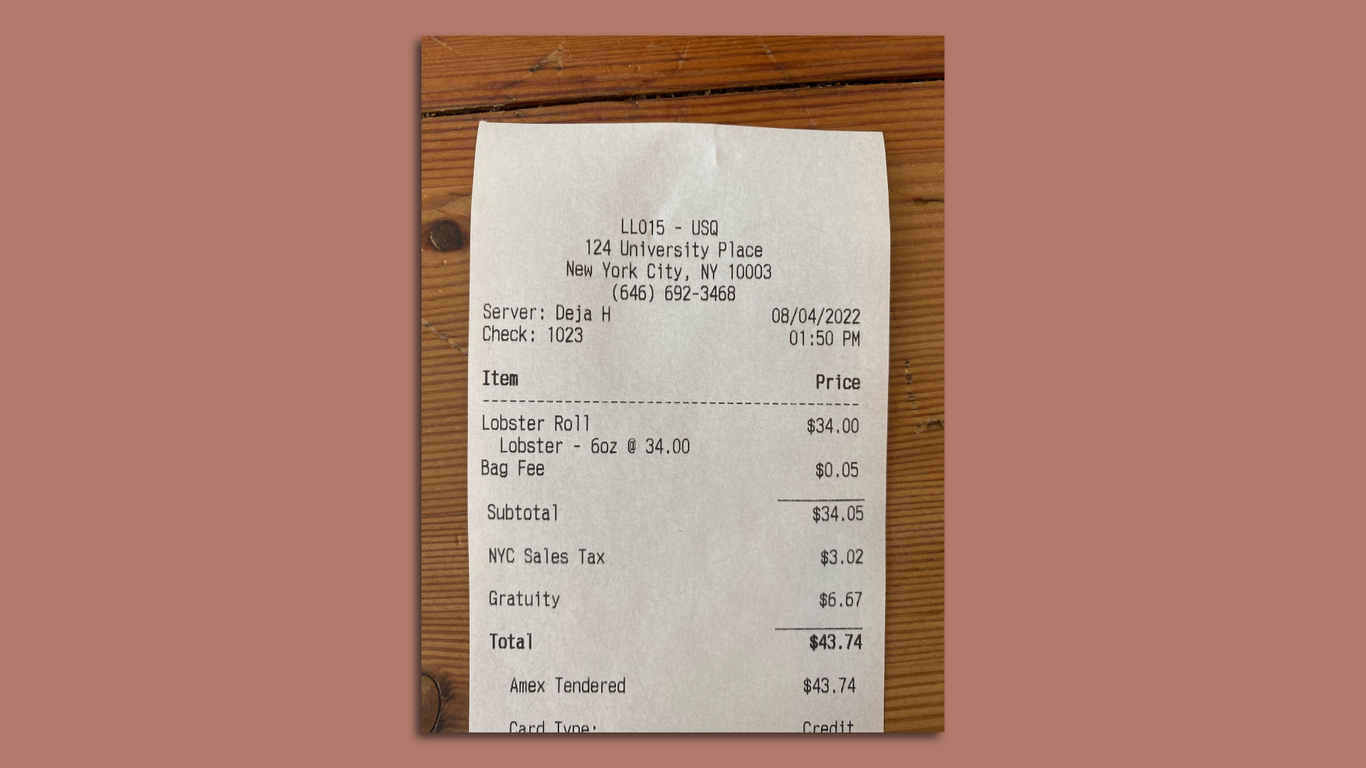 On a hot August day, the lobster roll place across from the Axios office beckons temptingly.

Why it matters: Lobster prices are down this year, but lobster roll prices? Not so much. Instead, they increasingly seem to be generated by a random number machine.

By the numbers: The benchmark lobster roll from The Clam Shack in Kennebunkport, Maine, is $29.95 this season.

The bottom line: When it comes to lobster rolls, there’s no correlation between price and quality. But one thing is constant: Extracting lobster meat out of lobsters has never been easy.