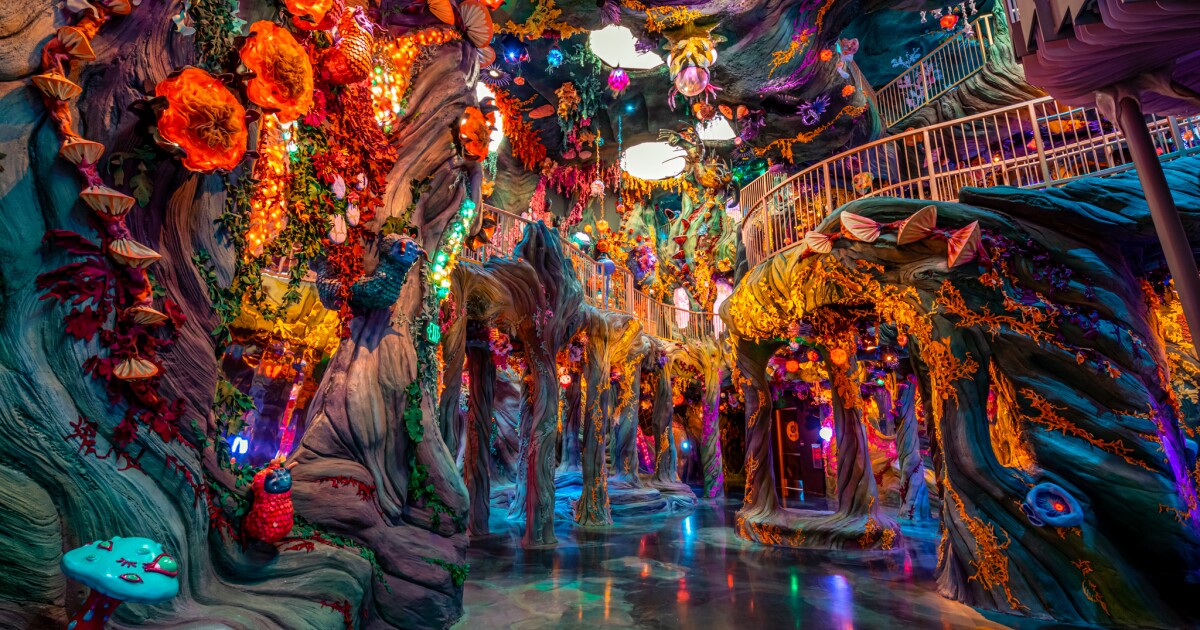 The company recently announced that it plans to open two locations in Texas: one in Grapevine, and another in Houston. Meow Wolf’s CEO, Jose Tolosa, spoke to Texas Standard to offer a Meow Wolf primer and share plans for its expansion to the Lone Star State. Here’s what you need to know:

Each Meow Wolf space is different

Texas will be the fourth state with permanent Meow Wolf exhibitions, joining New Mexico, Nevada and Colorado, and the space is different at each one: A house in Santa Fe; a supermarket in Las Vegas; a transportation station in Denver.

“Slowly but surely, you are transported into unknown spaces,” Tolosa said. “Unknown spaces of really amazing visual and auditory and light art and technology that really triggers all your senses.

The newest permanent exhibitions will be at the Grapevine Mills Mall in 2023 and in Houston’s Fifth Ward in 2024. Tolosa said several factors made Texas attractive for expansion: its diversity, its vibrant art scene, and its already established interest in Meow Wolf – Texas sends the most out-of-state visitors to Meow Wolf spaces, he said.

“We felt that [Texas] was always very deserving of Meow Wolf to be there. In fact, it’s so deserving that we’re going to have two; we could not be more excited about the two locations,” Tolosa said.

Nobody’s too young – or too old – to visit

The experience is meant for all generations, Tolosa said, adding that “a child would go in and have an amazing experience, but then it would be a totally different experience than a teen, an adult or even a senior. It has those unique characteristics that have the ability to really trigger the human mind.”

“Ours is a space that mixes in the sculptural and the audio and the video and the lighting and story and narrative and technology, which incorporates a lot more artistic forms in that one space.”

You can follow a story through the space (or not)

Each space features a puzzle-like story that visitors can follow throughout the exhibition, which can take many hours for those who want to really dive in or solve the story, Tolosa said – but he also acknowledged that not all visitors want to immerse themselves that deeply.

“There’s a very significant artistic offering outside of the story itself,” he said. “It’s a blending of characters and stories and narrative together with all these different artistic forms into one, and they can be consumed together or separate as well.”

Local artists are included in each Meow Wolf project

Each installation has spaces specifically dedicated to underrepresented artists from the local community, Tolosa said, with commissioned works that live in the permanent exhibition.

“It’s an integral part of what we do. When visitors go in, they’re not only consuming our visual and our stories and our narrative, but they’re also consuming artistry that’s coming from the local community,” he said. “And that’s part of our mission. We want to create change in communities, and we pride ourselves in those partnerships that we make.”

If you found the reporting above valuable, please consider making a donation to support it here. Your gift helps pay for everything you find on texasstandard.org and KUT.org. Thanks for donating today.