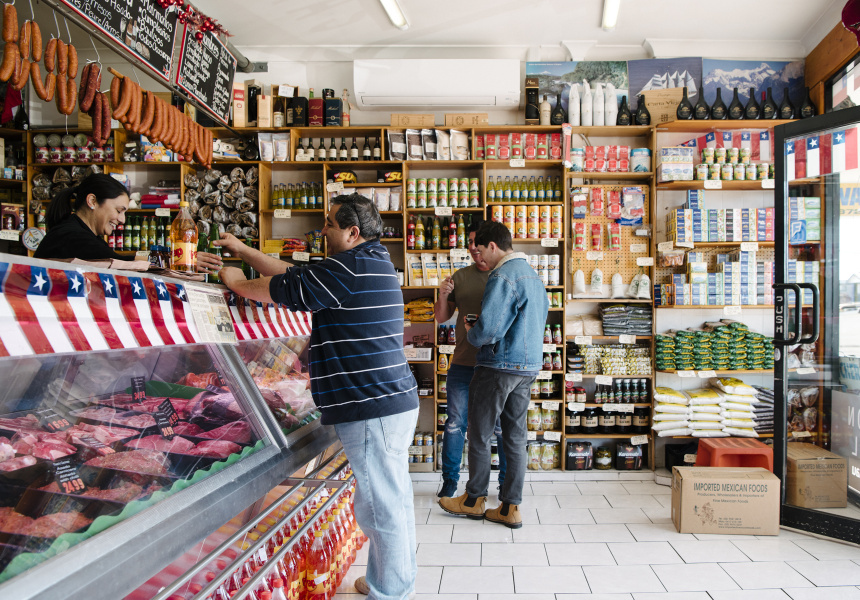 when Here Out West had its premiere on the opening night of Sydney Film Festival last year, it garnered critical acclaim for beautifully illustrating the diversity of Western Sydney and helping rewrite the negative stereotypes often mentioned in the same breath as the region. Eight emerging writers, all from different linguistic and cultural backgrounds, and all from the western suburbs, each contributed a story to the film, which was directed by Fadia Abboud, Lucy Gaffy, Julie Kalceff, Ana Kokkinos and Leah Purcell. Ten languages ​​– including Arabic, Bengali, Cantonese, Kurdish, Kurmanji, Spanish, Tagalog, Turkish and Vietnamese – are spoken in the film.

On August 14, Here Out West will screen on ABC. But in the lead up, new docu-series 8 Nights Out West will show over eight nights from August 7. Hosted by Arka Das, one of the film’s actors, the series is inspired by the eight stories that make up the film, and their writers’ cultural backgrounds. Each night, Das is joined by writers, actors and directors from the film to tuck into the food they grew up eating – from Chinese to Kurdish and Indian – and chat about their food memories and how their cultural backgrounds have fostered their creativity.

Broadsheet asked Das and three of the series’ guests to share their favorite spots to eat food from their cultural backgrounds. From Chilean chorizo ​​to Filipino desserts, here’s where they go.

Actor Arka Das’s favorite Bangladeshi spots
Grameen Restaurant, Dhanshiri Restora and Khushboo, all on the Lakemba strip of Railway Parade, have a great variety of Bangladeshi food, snacks and desserts. I also like Hut-Bazaar in Rockdale, and Nababi in Glenfield is very good too. The kacchi biryani is a must-order, anything “home-style” is good, and also the fuchka [eggcup-shaped wafers filled with spiced mashed potatoes] and Bangladeshi chai is a must.

Actor Christine Milo’s favorite Filipino spots
One of my favorite Filipino restaurants in Sydney is Mama Lor in Rooty Hill. You can’t go wrong with the pork belly, chicken adobo or garlic rice. And while my grandma’s sinigang [a sour soup] will always be my favourite, their sinigang with prawns was damn good and a great comfort when I was living in Sydney away from home. Top it off with their cheesecake flan, a staple at any Filipino gathering.

While not a restaurant, one of my favorite places for Filipino dessert is Fil-au-tisserie – it’s a pop-up shop found at local markets. I love getting an ensaymada, a classic Filipino pastry, and an ube-flan pandesal, which is hands-down one of my favorites takes on the pandesal [bread roll]and blew my mind the first time I had it.

Screenwriter Matias Bolla’s favorite Chilean spots
As far back as I can remember, Paula Continental Cakes has been a part of my life. Paula’s is a Chilean bakery and restaurant in the heart of Fairfield, the suburb where I grew up. It was always tradition to buy our empanadas here for special occasions. I particularly remember the special moment mum would arrive home from buying bread here, and occasionally she’d have a special sweet treat too – alfajores, chilenitos [both sandwich-style biscuits] or berlins [doughnuts]. These were the best days.

When I go here, I like to order empanadas de pino (a beef empanada), a staple of Chilean cuisine; complete, a Chilean-style hotdog with avo, mayo, tomato and sauerkraut; and any sweet I can get my hands on.

For Chileans an asado (barbeque) is always a special moment where we come together to share, celebrate and wait hours on end for the meat to be just right. Growing up, it wasn’t a proper family asado unless you stopped by Theo’s Cecinas for your meat. It’s a Chilean butcher that specializes in South American meats. A Theo’s asado, accompanied by salads that all the tias and tios [aunts and uncles] have brought with them, it is always worth the wait.

There are so many different cuts of meat that are perfect for the grill [grill], but my personal favorites are the Chilean chorizos. You’ll never taste chorizos quite like them, it’s a secret recipe that has been passed on for generations among the Garcia family, who own the shop. Make sure you also buy some homemade pebre [salsa] to go with your choripan [chorizo hot dog].

Screenwriter Nisrine Amine’s favorite Lebanese spots
At On Sunset [Parramatta], order the Mezze Sunset banquet ($65 per person). They’re such generous portions and you’ll get everything from fattouche [salad] and tabouli to shish tawook, potatoes and dips and sides. Worth every dollar. It’s a great venue for special occasions as well – christening lunches, birthday dinners – and a wonderful place to spend a Sunday lunch. They even have shisha for anyone looking to indulge while they dine.

Bayti in Parramatta is family-owned and run by siblings Najee and Priscilla Khouzame. It’s like the Nour of the west. It’s upscale, classy and has set banquets starting at $110 per person, as well as an amazing list of cocktails. This is the place where milestone birthdays are celebrated and proposals are made. Order the pomegranate tabouli and the salmon nayee (a modern take on the old school kibbeh nayeh or raw meat).