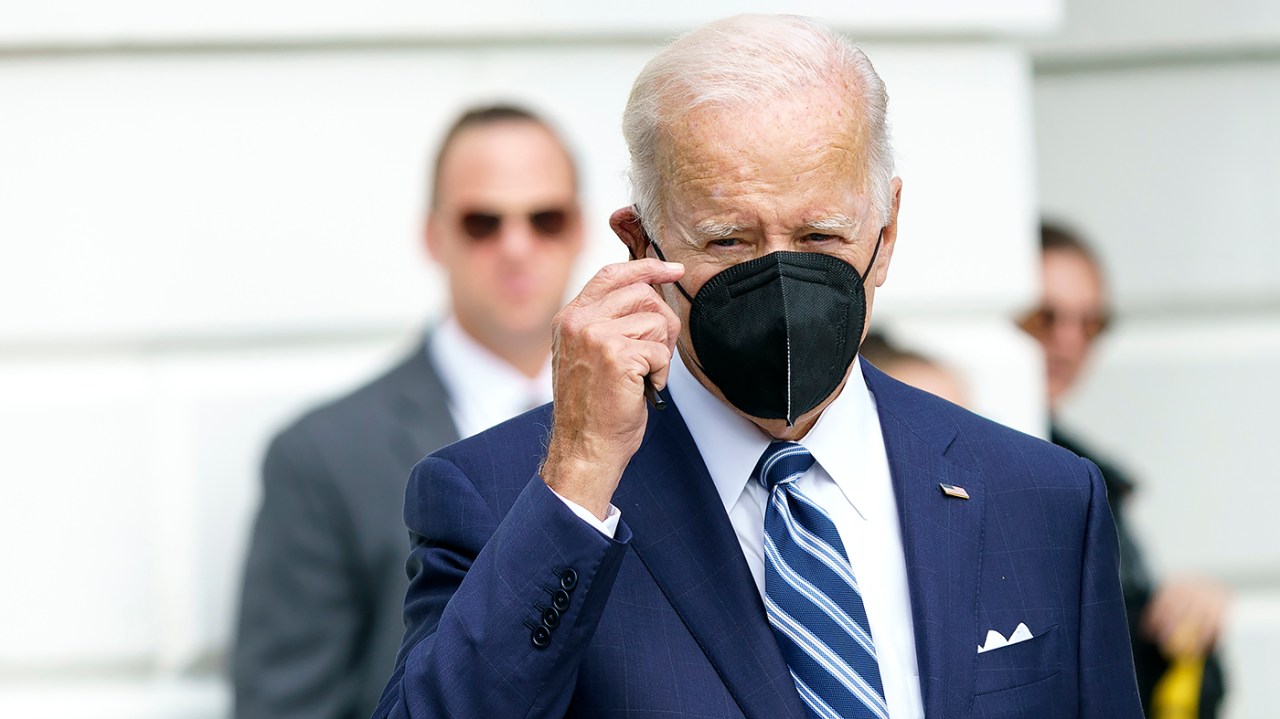 (The Hill) – The White House has stepped into tricky legal territory with a plan to erase $10,000 in federal student loan debt for millions of borrowers.

The plan is expected to face legal challenges, which would cause uncertainty for borrowers who stand to benefit from the new policy.

At the same time, there are also expected to be challenges for those planning to sue the administration over the plan.

Demonstrating standing in the case in particular is seen as a hurdle, leading some to doubt a future challenge will be successful.

The Biden administration relied on the 2003 Heroes Act enacted following the Sept. 11 terror attacks to underpin its plan. It argues that because of the COVID-19 emergency, the law gives the Education Department the authority to both suspend loan repayments through Dec. 31 and cancel loan debt for many borrowers.

Groups like the centrist Democratic think tank Third Way have opposed Biden’s plan in part due to the threat of legal challenges.

“We’re very concerned that it is going to get held up in court and leave borrowers in limbo,” said Lanae Erickson, senior vice president for social policy, education and politics at Third Way.

There has been discussion for months about the administration’s legal authority to cancel student loan debt, as progressives increased pressure on Biden to take action. The initial expectation was that the Biden administration would use the Higher Education Act to justify executive action on student loans.

Biden on Wednesday announced plans to cancel up to $10,000 in federal student loan debt for borrowers making under $125,000 per year, and up to $20,000 for Pell Grant recipients. The Justice Department’s Office of Legal Counsel released a memo outlining the legal justification.

The Heroes Act was passed in 2003 with bipartisan support and gives the Education secretary the authority to waive debt obligations amid a war or national emergency. The law was passed with veterans fighting in Iraq and Afghanistan in mind, but the administration believes the coronavirus pandemic is covered by the law because it was declared a national emergency.

“They very clearly narrowed their decision to this very specific national emergency hook,” said Dalié Jiménez, a law professor at University of California Irvine. “I think they did that probably to avoid a legal challenge or prevent it as much as possible.”

“It’s strategically a much better thing to do, and I think it narrows the possibility of successful challenges considerably,” Jiménez said.

Erickson, however, argued that there remains a “very high likelihood” that the action will ultimately be struck down.

“It is still very vague congressional language and I don’t think Congress thought when it was passing Heroes that it was giving the department the authority to wipe out student debt,” she said.

When White House press secretary Karine Jean-Pierre was asked Thursday if the administration is prepared for potential legal challenges, she declined to get into what she called a hypothetical scenario.

Bharat Ramamurti, deputy director of the National Economic Council, said Friday that Biden did not want to move forward with loan forgiveness unless he was certain he was on firm legal footing.

“Of course people can challenge actions in court, it happens all the time,” Ramamurti said. “It’s going to be up to the courts to decide whether those are valid claims or not. But we believe we’re on very strong legal ground.”

There are questions about who could demonstrate standing in a case.

“It’s an obvious standing hurdle. It seems plausible to me that some plaintiffs could overcome it,” said Richard Re, University of Virginia law professor. “If someone can show that this measure will cost them something financially, that would probably be the strongest way to have a challenge be heard on the merits.”

Re and others have suggested that loan servicers could potentially sue to stop the loan forgiveness. Erickson said that borrowers who fall just outside the income bracket for the loan forgiveness — such as those who make $126,000 per year — may also be able to sue.

Should they retake control of the House of Representatives in the upcoming midterm elections, Republicans could also file a lawsuit against the student loan forgiveness plan as early as January, she said, like the suit then-House Speaker John Boehner (R-Ohio) filed over the Affordable Care Act in 2014.

Conservative critics of Biden’s announcement acknowledge there is uncertainty about who would have standing to bring a lawsuit in this case, but they largely agree that the policy itself is unconstitutional and contradictory.

“People think that the president of the United States has the power for debt forgiveness. He does not. He can postpone, he can delay, but he does not have that power. That has to be an act of Congress,” Pelosi said.

Akash Chougule, vice president of government affairs at Americans for Prosperity, argued using the Heroes Act to justify the measure is a “misreading of the executive branch’s authority,” noting that a former Obama administration counsel for the Education Department determined in a memo earlier this year that the executive branch likely does not have the power to cancel student debt.

Chougule also suggested the administration was hypocritical in describing the COVID-19 pandemic as an emergency that necessitated the loan forgiveness since the White House moved to lift the Title 42 immigration policy on the grounds that the pandemic was no longer an emergency that required the rapid expulsion. of migrants.

“The difficulty, I think, is I don’t know who has standing to sue,” said Neal McCluskey, a policy analyst at the CATO Institute. “So, the most direct harm it seems to me is on taxpayers because they’re not getting repaid and they have to cover government spending.”