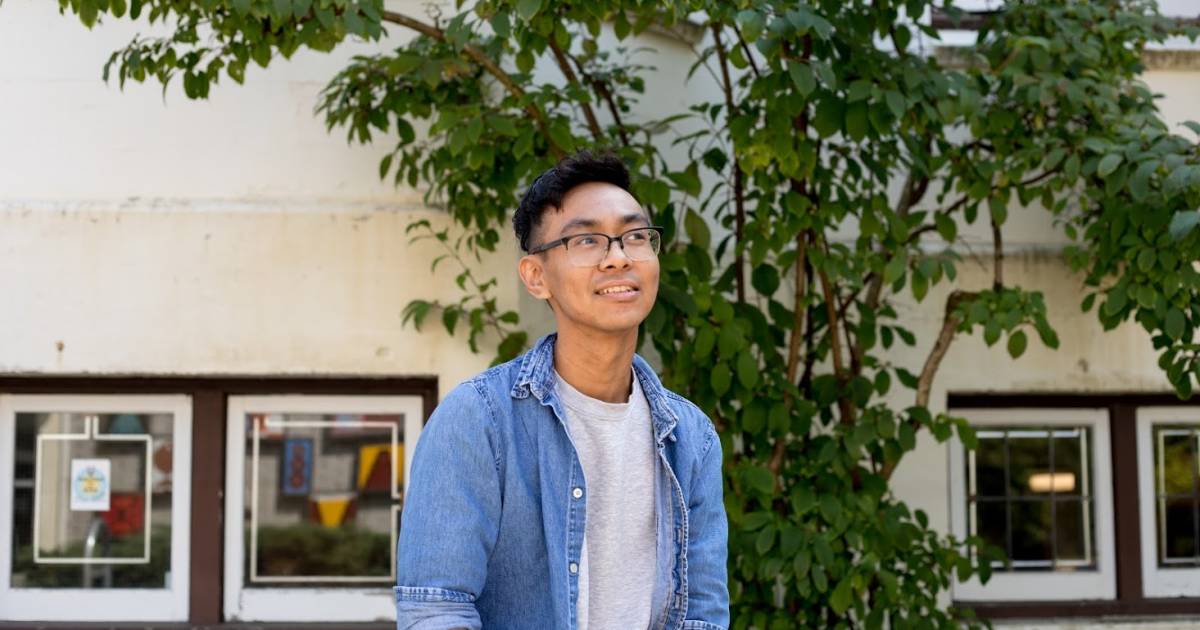 William Canero will be thinking about someone when a Vancouver theater production hits the stage.

His thoughts will be about his grandfather Gregorio.

Canero’s forebear passed away a week before the sold-out play Buto/Buto: Bones are Seeds shows for the first time Wednesday (July 27).

“I was thinking of him the entire time,” Canero said in a phone interview with the Straight about the work that was two years in the making.

Buto/Buto: Bones are Seeds is performed by a Southeast Asian cast.

[Buto is pronounced buh-toh, and it’s the Tagalog word for both “bone” and “seed”.]

The work weaves together stories about Filipino migration to Canada.

Canero’s grandfather was a pioneer in his own right.

Gregorio came to Canada in the 1970s, and worked as a mechanic at the historic Roundhouse yard of the Canadian Pacific Railway, home of the first transcontinental train in Canada.

Roundhouse is now a community arts and recreation center in Yaletown.

“At the time my lolo (Tagalog for “grandfather”) left the Philippines, my dad was still very young,” Canero recalled.

Gregorio saved money until he had enough to buy a home in East Vancouver and bring his family over to Canada.

Canero’s father was 14 when the family reunited in Vancouver.

It took a decade before the Caneros became whole again.

The years of separation didn’t come without a price.

“My lolo was here 10 years before my dad came to Canada, and when you are separated from your family for 10 years, you know, it strains your relationship,” Canero said.

His grandparents eventually divorced, and each remarried.

Canero’s grandfather Gregorio was 82 when he passed away on July 20 this year.

NPC3 is led by UBC associate professor Leonora Angeles, who contributed to the writing of the play.

Vietnamese Canadian actor Thai-Hoa Le is the president of SEACHS, and he did the dramaturgy for the theater production.

The other organizations who made the show possible are the Kathara Pilipino Indigenous Arts Collective Society, Anyone Can Act Theatre, UBC, Rumble Theatre, Vancouver Asian Canadian Theatre, and Playwrights Theater Company.

The play enjoys the support of the Canada Council for the Arts, BC Arts Council, City of Vancouver, and community donors.

Research indicates that Filipinos have been arriving in Canada decades earlier than official historical accounts.

In October 2021, the Straight reported about the work of community journalist Joseph Lopez, who found records indicating that Benjamin “Benson” Flores was the earliest Filipino on record to have immigrated to and settled in Canada.

Lopez established that Flores came in 1861, and lived on Bowen Island with other fishermen from the Philippines.

Meanwhile, NPC3’s Angeles has examined historical records suggesting that other Filipinos may have come earlier to the Pacific Northwest on board Spanish ships during the 1700s.

“That history has been well understood by our Indigenous allies who have passed down memories of Filipinos and their interactions for generations,” Canero said.

Going back to Canero’s family history, his father followed in his grandfather’s footsteps, fixing trains for CP Rail.

He recalled that when the Roundhouse rail yard relocated to Port Coquitlam, his father moved the family in order to be closer to work.

His grandfather remained in Vancouver, the place where he first arrived, and built his family and community until his passing.

Meanwhile, Canero was born and raised in Canada as a third-generation Filipino Canadian.

I have studied arts, government policy, and community planning. He currently works at the Collingwood Neighborhood House in East Vancouver.

“I’ve stitched together bits and pieces of who I am as a Filipino,” Canero told the Straight in the phone interview.

He has forged an identity that is informed by family ties, traditions passed down through the ages, and linkages with grassroots organizations, including churches.

Buto/Buto: Bones are Seeds shows everyday from July 27 to July 31 at the Russian Hall (600 Campbell Avenue).

The July 31 show will be dedicated to another community pioneer, Mel Tobias.

Previously, the City of Vancouver honored Tobias with a plaza in his name at the southwest corner of Kingsway and Joyce Street.

Tobias co-founded and served as artistic director of the Anyone Can Act Theater or ACAT, a community-based arts group that is involved with the Buto/Buto: Bones are Seeds production.

ACAT member Eleanor Guerrero-Campbell, author of Stumbling Through Paradise: A Feast of Mercy for Manuel del Mundoa breakthrough novel about Filipino migration to Canada, contributed to the writing of the play.

Tobias, who contributed articles to the Straightwould have turned 83 on July 29 this year.

As for Canero’s parents, the two of them were childhood sweethearts when his father came to Canada as a 14-year-old.

“His entire time here in Vancouver, I have sent letters back and forth to my mom. It’s actually so adorable. He still has them,” Canero said.

Canero made sure that his parents will have tickets to the show.

“I think it will be an important moment for them in their healing journey as my lolo has passed away,” Canero said.