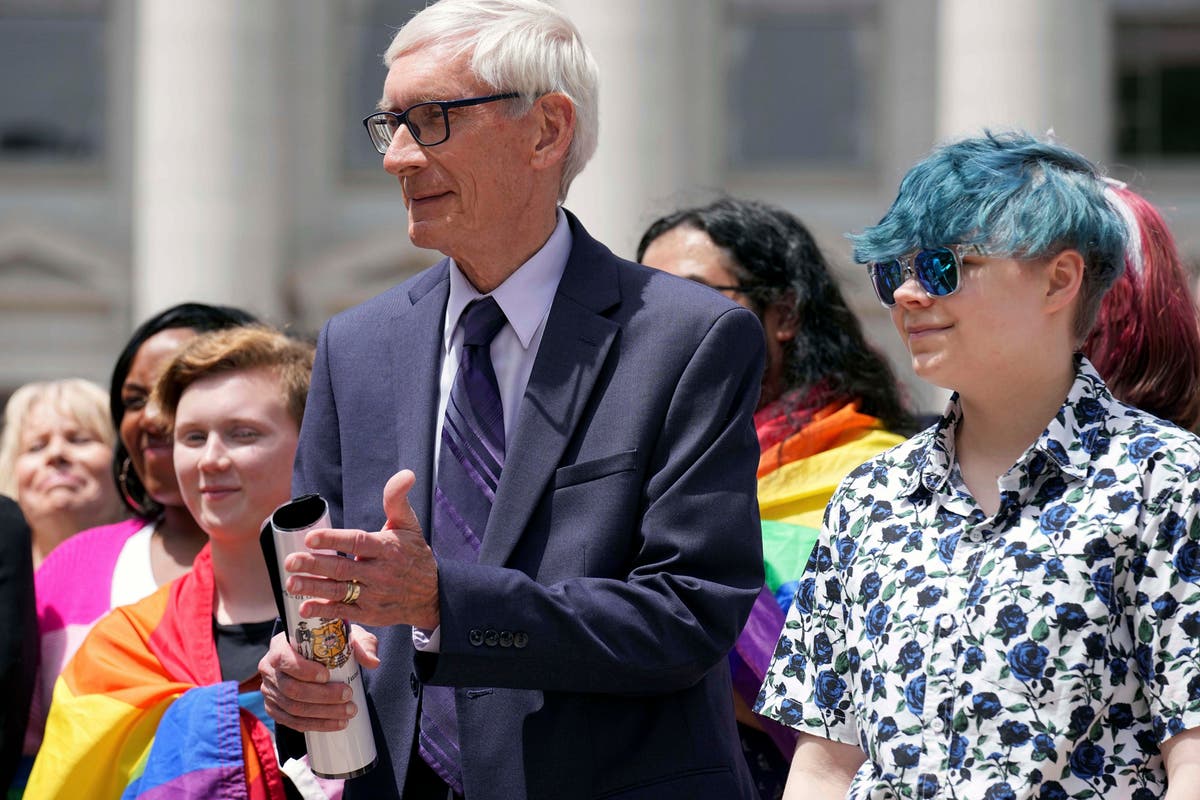 Wisconsin Democratic Gov. Tony Evers said Wednesday at a ceremony kicking off Pride Month that if he loses reelection in November, Republicans will take the “breathtaking” step to ban books, particularly those related to the LGBTQ community.

Evers made his comments after a ceremony outside the state Capitol where a progress pride flag was raised symbolizing the inclusion of marginalized people within the LGBTQ community. Evers, who vowed to always stand with the LGBTQ community, was the first governor to ever raise a rainbow flag over the Capitol in 2019. He was asked if he feared the tradition would end if a Republican beats him.

Evers said he was concerned about any progress made for the LGBTQ community being rolled back. He referenced efforts by some Republican lawmakers who are looking into books available at school libraries across the state. Wisconsin Examiner reported Tuesday on Republicans who are gathering lists of books covering LGBTQ topics and characters, as well as issues of gender identity or sexuality.

A spokeswoman for the Wisconsin Republican Party did not immediately return a message seeking reaction to Evers’ allegations. Neither did Republican candidates for governor—former Lt. Gov. Rebecca Kleefisch, construction company co-owner Tim Michels, business consultant Kevin Nicholson and state Rep. Timothy Ramthun. The winner of the Aug. 9 primary will advance to face Evers.

Republicans control the state Legislature and are widely expected to maintain, and possibly grow, their majorities after the failed election. If a Republican is governor, anything the Legislature passes could be signed into law.

Evers has vetoed more bills over his three-plus years as governor than any other governor in state history. He emphasizes in his reelection bid that he is the only person preventing Republicans from enacting broad policy changes affecting elections, abortion rights, gun laws and now LGBTQ rights.