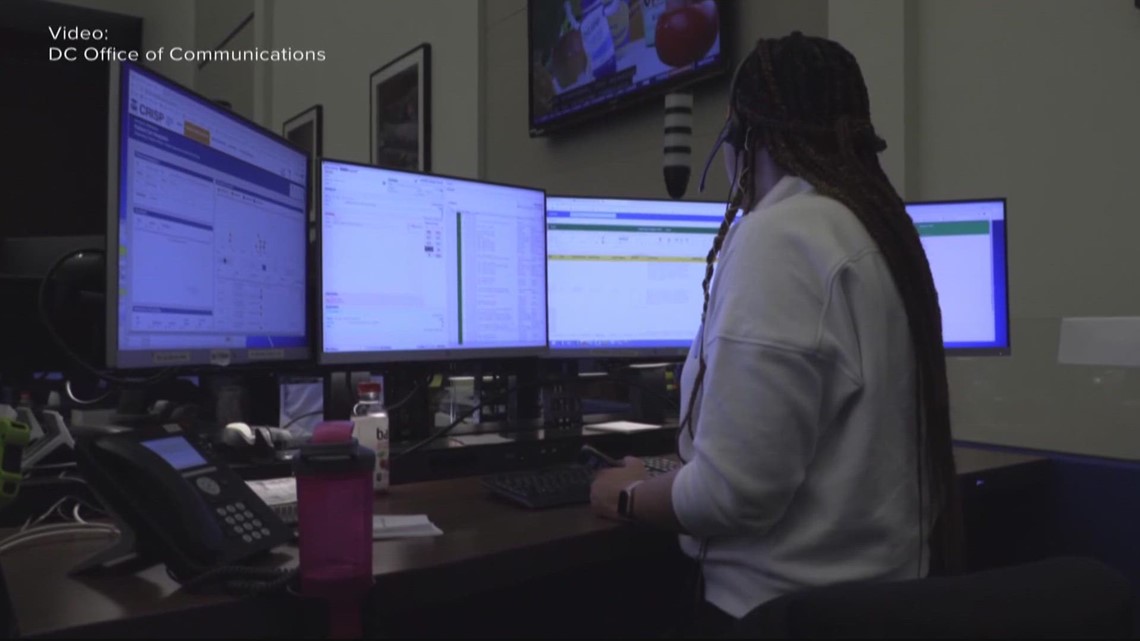 It took medics 11 minutes to arrive at the correct address.

WASHINGTON DC, DC — More trouble for DC’s 911 system and sadly another life was lost. Joyce Robertson, 54, passed away after suffering a cardiac arrest Monday morning. WUSA9 has learned the ambulance that was supposed to arrive for help, was dispatched to the wrong address.

“We used to have fun,” recalled Patricia Robinson. “Ella She was a fun person.”

Patricia Robertson said her daughter Joyce was fun and full of life but recently fell ill. That’s when she started taking care of her daughter from her full-time. On Monday morning the 54-year-old went into cardiac arrest and her mother called 911.

“She told me to hold on the line until they get here,” Robertson said.

Turns out, while Robertson waited more than 11 minutes for help to arrive WUSA9 has learned they went to the wrong address.

WUSA9 listened to public 911 audio recordings available online. The 911 call taker sends the ambulance to 122 I Street, SE. That’s 11 blocks and just over a mile away from the current location in Potomac Gardens.

Shortly after the initial dispatch, you can hear EMT’s radio back that they were having trouble locating the address.

The dispatcher then said, “Oh, it’s the wrong address.”

She then dispatched a closer crew.

By the time medics got there – it was too late.

“They did their job and just called the coroner and they just took her out,” her mother sadly recalled.

WUSA9 made several attempts to contact city agencies. A spokesperson from the Office of Unified Communications responded in an email with information on the case – on background only. The spokesperson refused to confirm any of the facts.

But former WUSA9 journalist Dave Statter broke the story and continues to expose failures in DC’s 911 system on his website, STATter 911.

“This was a cardiac arrest call where seconds count, if not minutes, and they lost 11 minutes going from the first dispatch to the second dispatch,” said Statter. “Then there were minutes on top of that getting to the scene.”

That’s because of what we discovered when we visited Potomac Gardens: a maze of a housing complex, with padlocks securing access gates. Statter also said the mix-up could have been avoided if dispatchers used the agency’s GPS tracking system called Rapid SOS.

“Rapid SOS puts the location on a map and will tell you if you type in an address that’s far from there, that you’re far away in this case, it would likely have shown that it was a mile away,” he explained. “One of the big problems that the audit found is that the 911 call takers were not using rapid SOS.”

The investigation into exactly what happened is under way.