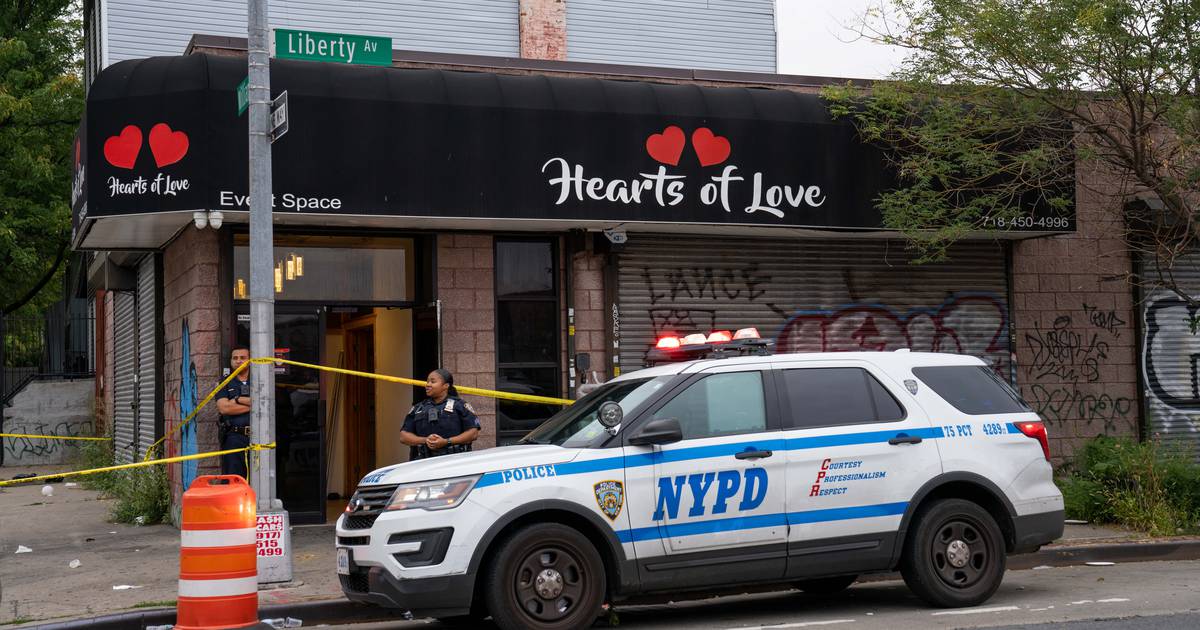 A birthday party at a Brooklyn event space called Hearts of Love turned deadly early Sunday when a 44-year-old woman was fatally shot in the head, police said.

The 44-year-old victim was shot about 5 am at the party spot on Liberty Ave. near Williams Ave. in East New York, police said.

Medics rushed her unconscious and unresponsive to Brookdale University Hospital, but she could not be saved. Her name de ella was not immediately released.

Hearts of Love specializes in Sweet 16 parties, birthdays, reunions, communions and baptisms. The business owner declined to immediately comment on the murder.

″They party from time to time over there but in general it’s a quiet area,” he added. “They party mostly on the weekend. Sometimes you know what parties bring, people have their quarrels.”

Police have not made any arrests.

“I usually just here the music all the time and the people outside but I didn’t hear anything more than that,” said a neighbor who declined to give his name. ”It has its moments where its hectic but also calm most of the time because they have their bouncers there. So I’m surprised this happened because this corner, it usually doesn’t get that far.”