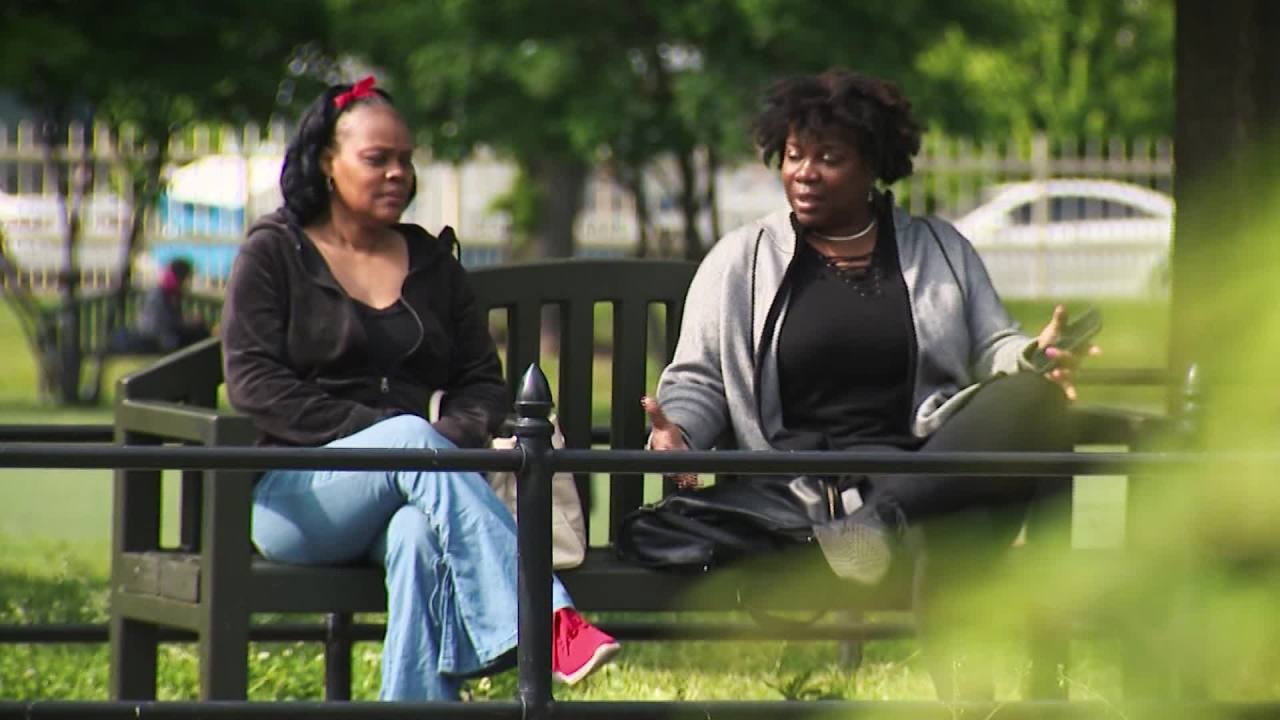 NEW YORK (WPIX) — The skeleton of a New York City woman who was reported missing in January was accidentally discovered by workers three months later, while they were doing maintenance outside her bedroom window at the public housing complex in Queens.

Nexstar’s WPIX has now learned the woman, Marilyn McMichael, 54, may have been dead since August 2020, however — that’s the last time a page was turned on her calendar.

“Apparently, her windows were open, so the men on the scaffolding saw her in her bed, dead,” said Simone Best Jones, one of McMichael’s foster sisters.

The discovery in Apartment 7-H was made on April 26.

Best Jones and another foster sister, Sharman McElrath, said they first became concerned about McMichael in June 2020, as the first wave of the pandemic was ebbing. They said McMichael called them saying she wanted to go to the hospital.

She had a history of emotional problems, they added.

“She wanted me to take her to the hospital,” Sharman McElrath said. “She did n’t sound sick at all. She sounded a little manic, and I was trying to explain to her they’re not accepting people at the hospital.”

Missing man was ‘cut up in a chipper’ and fed to hogs, daughter says

McElrath said she and Best Jones did go to McMichael’s apartment on the seventh floor of the South Jamaica Houses and knocked on the door. They kept calling and got no response.

“We would never get her to come to the door,” Best Jones said, adding that this was not unusual behavior from McMichael. “She would n’t talk to us for years, because she did n’t want to.”

But the sisters became concerned as the pandemic stretched beyond a second year.

The sisters said they met resistance when they tried to file a police report, because NYCHA said they weren’t next of kin.

“They said my parents were on the emergency card,” Best Jones noted, “and I let them know they had both been dead for over twenty years.”

Best Jones said the police officer was on his phone, at one point, saying he was waiting to finish “this stupid call.” The sisters convinced the NYCHA managers and the officer to go with them to the 7th floor, but Best Jones recalled the master key didn’t work on the door.

“And they never tried again,” Best Jones said, “and they said they would. They said they had an investigator that would find her.”

When construction workers saw the skeleton three months later, the sisters said McMichael’s neighbor notified them of the discovery.

“She was treated, to me, less than human,” McElrath said. “You treat a dog better than that.”

A source told WPIX that NYCHA has an emergency services team that can breach a door to do a wellness check.

Neighbors told police they hadn’t seen McMichael in more than a year.

The Medical Examiner’s office confirmed it is conducting tests on McMichael’s skeleton and said it could be four to six months before a cause of death is confirmed.

McMichael’s sister announced her death on Facebook, so that friends who knew the four sisters from Hollis would know that Marilyn McMichael had passed on.

“We wanted her to have a voice through us, knowing ‘I was here, and I had a life on this earth,’” Sharman McElrath said.

“We grew up in foster care in the same home, and we were a family,” Best emphasized. “Four girls.”

According to Best, police said McMichael might have “been on vacation” during the period she was missing.

“Not hearing from her was not uncommon,” Best noted. A couple of years would go by. She was particular — and peculiar.”

A WPIX crew visited the NYCHA office in the basement of 106-56 160th Street and asked to speak to a supervisor, but was asked to leave the building.

When contacted Monday, NYCHA Press Secretary Barbara Brancaccio told WPIX to “reach out to NYPD for more information, as this is a police matter.”

WPIX wrote back and asked why NYCHA wouldn’t have some role in checking on a long-time tenant who hadn’t paid her rent in more than a year. There was no response.