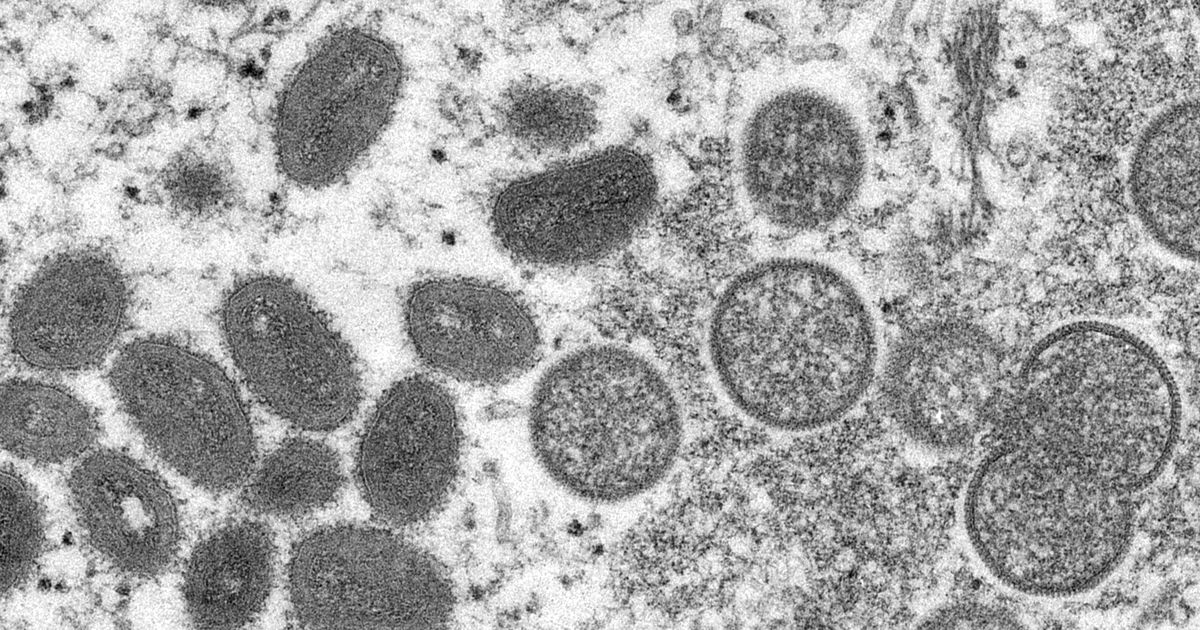 Monkeypox is spreading in North Texas amid a nationwide vaccine shortage.

Dallas accounts for about 45% of all cases in the state, the highest share with 191 confirmed and 25 suspected cases as of Wednesday. In response, county health officials have expanded the qualifications for who can get a monkeypox vaccine, but the number of available appointments is not meeting the demand.

Anxiety around the virus might seem reminiscent of COVID-19′s early days, but monkeypox does not spread as easily as the coronavirus and is rarely deadly.

“The danger to the broad population at the current time is still relatively low,” said Dr. Prathit Kulkarni, assistant professor of medicine – infectious diseases at Baylor College of Medicine. “It’s not on the same scale – not even close – to the scale of COVID. The odds that it’s going to turn into something like that is much lower.”

Here’s what else medical experts had to say about the monkeypox virus:

What is monkey pox?

Monkeypox is a viral infection caused by a virus that causes symptoms similar to the now-eradicated smallpox virus. It was discovered in animals used for laboratory experiments in the 1950s, and the first human case didn’t appear until 1970 in the Democratic Republic of the Congo. Since then, cases had largely been reported in Central and West African countries, although there had been cases documented outside of the African continent.

What are the symptoms?

A few days after developing a fever, patients get a rash that often starts on the face before spreading elsewhere. The lesions can look like pimples or blisters, and they go through several stages before scabbing and falling off. They can be very painful.

This current outbreak looks a little different than past monkeypox infections, Kulkarni said. “It’s a little bit milder. Sometimes people don’t have the other symptoms like fever, chills, headache or feeling tired. They’re only having the rash,” he said.

And the rash this time around may be more limited in where it spreads. Many patients are only reporting injuries in the genital area, Kulkarni said.

People who suspect they have the virus should contact their doctor for more information on testing and isolation protocols.

How long does it last and what do I do?

The illness typically lasts two to four weeks. People infected with the virus should isolate themselves until all of the lesions have scabbed and fallen off and a fresh layer of intact skin has formed, according to CDC guidance. Scars or skin discoloration may remain after the scabs have fallen off.

How does the virus spread?

Monkeypox primarily spreads from animal to person or person to person through skin-to-skin contact with injuries, body fluids and contaminated items like clothing and bedding.

While it’s possible for the virus to spread through respiratory droplets, which are released when someone talks or breathes, Kulkarni said it’s much more difficult to transmit it that way.

“You have to be close to somebody for a long period of time. A passing interaction with somebody, when you walk by them or something, is typically not thought to be sufficient to transmit the virus.

Is monkeypox a sexually transmitted infection?

“Not exactly in the classical sense, like syphilis or gonorrhea,” Kulkarni said.

Most of the current cases are in men who have sex with men. Does the virus only affect the LGBTQ community?

“We’ve seen it in the men who have sex with men community, but, as you can imagine, because there’s a contact skin-to-skin component of this and spreadibility with that, it can be spread to anybody else,” said Rick Ornberg, a family nurse practitioner with Prism Health North Texas, an HIV/AIDS health care organization.

Monkeypox can affect anybody, and it doesn’t have to spread through sex.

“Even a few children have gotten it, people have gotten it through household transmission and without sexual contact,” Kulkarni said. “Certainly people who are not in the category of men who have sex with men can also get monkeypox. It’s just that it’s disproportionately in the community at the current time.”

Who qualifies for the vaccine?

Because of limited available monkeypox vaccine doses, only people who fall into one of the following categories can currently get the two-shot vaccine regimen:

Where can I get the vaccine?

If you qualify for the vaccine and live in Dallas County, you can get an appointment through Dallas County Health and Human Services by calling 972-692-2780.